American Newspaper: We Crossed the Line in Yemen 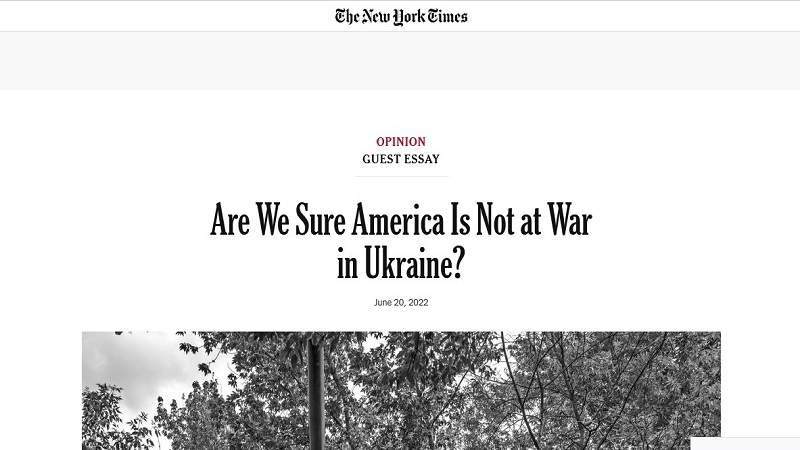 News - World: An article published by American newspaper revealed an important aspect of the prominent American role in the aggression against Yemen, in the context of comparing it between the American intervention in the Ukrainian crisis and what happened and is happening in Yemen.

The New York Times published an article confirmed that United States has never officially joined what so called "civil war" in Yemen, but a Saudi-led coalition has killed civilians with U.S.-made warheads and chosen targets with American guidance.

The article stated that American role in the seven-year conflict in Yemen has been robust enough that many experts believe the Saudi-led coalition would sue for peace without it. It has been robust enough that American lawmakers — including a bipartisan majority of senators in 2019 and Representatives Pramila Jayapal, Democrat of Washington, and Peter DeFazio, Democrat of Oregon, this year — have characterized it as a violation of Article I of the Constitution, which grants Congress the power to declare war, and of the 1973 War Powers Resolution, which sharply limits, in nature and timeline, military action initiated by the president.

The writer added, "we crossed the line in Yemen, those lawmakers concluded, even if it’s not wholly clear where the line is."