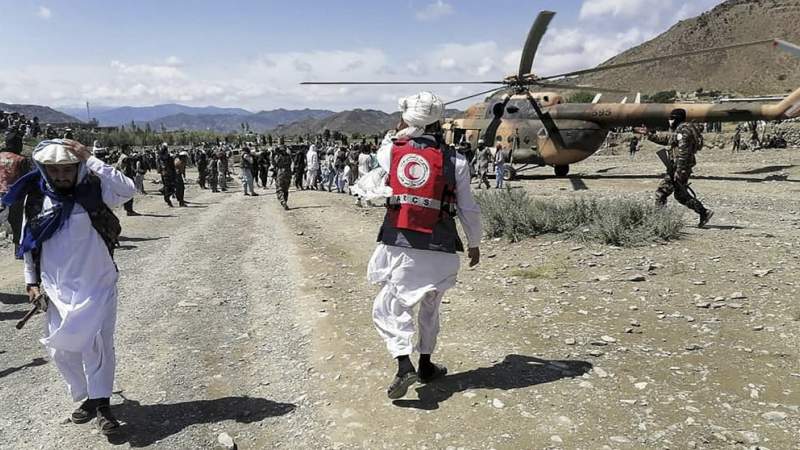 News - Middle East: Following the devastating earthquake in Afghanistan on Wednesday, which has so far claimed more than 1,000 lives, Iran expressed condolences and pledged full support to the neighboring country.

Iranian embassy in Kabul, in a tweet, offered its condolences to the people of Afghanistan, saying it has dispatched two cargo planes carrying first aid supplies to the quake-hit country.

It said that relief and rescue teams of Iran’s Red Crescent Society (IRCS) as well as medical and volunteer squads have been put on standby to be deployed to Afghanistan.

“Search, rescue teams, emergency medical services, rescue workers, volunteers, and medical staff of the IRCS are fully prepared to be sent to Afghanistan if requested by the government,” the embassy said.

Earlier on Wednesday, Iran’s foreign ministry spokesman Saeed Khatibzadeh issued a statement expressing condolences to the families of victims and praying for the full recovery of the wounded.

Ali Bahadori-Jahromi, the spokesman for the Iranian government, also issued a statement saying Iran would stand by the people of Afghanistan in this hour of distress and provide the necessary aid