Rep. Kinzinger Says He Receives ‘Death Threats’ for His Role on Jan. 6 Committee 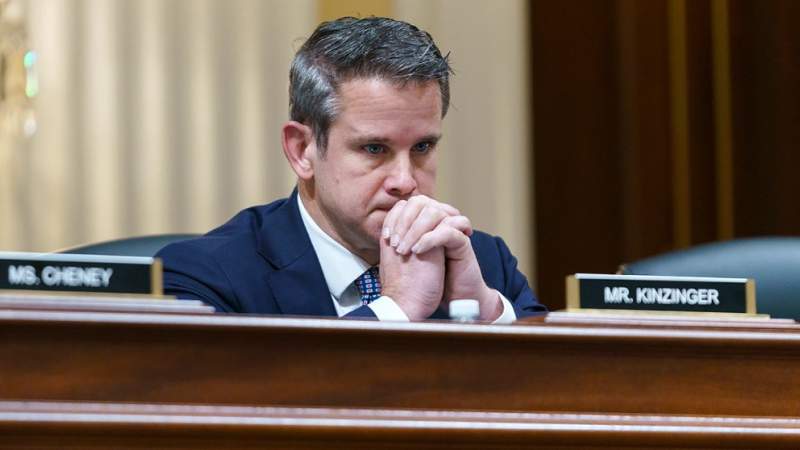 News - World: US Rep. Adam Kinzinger says he has been receiving "constant" death threats over his high-profile role on the House select committee investigating the January 6, 2021 deadly attack on the Capitol building.

Kinzinger, a Republican from Illinois, recently made public a letter mailed to his home threatening to kill him, his wife and his 5-month-old child.

He told CNN on Wednesday that threats against him have only increased as the House committee prepares for its fifth hearing on Thursday about the events leading up to the riot last year.

“I even heard a voicemail just this morning that we got last night threatening execution. That kind of seems to be the normal thing nowadays is just threaten execution,” said Kinzinger, one of the two Republicans on the committee.

He shared a letter on Sunday in which a person threatened to execute him, his wife and his baby.

The constant death threats expose what he called the “depravity of what’s existing out there.”

“It was important to put out to show the depravity of what’s existing out there, the fact that there are people that literally would come up with this idea of killing a 5-month-old because you disagree with me being on the Jan. 6 committee,” he said.

On January 6, 2021, supporters of then-president Donald Trump stormed the Capitol building, as lawmakers were in the process of confirming Joe Biden’s victory in the 2020 presidential election.

At least five people, including a police officer, died in the attack.

The House panel has revealed how Trump pressured former Vice President Mike Pence to refuse to certify the election.

Kinzinger was one of the 10 House Republicans who voted to impeach Trump over his role in triggering the riot.

Trump was impeached twice for inciting his supporters to storm the Capitol building. The Republican president, however, was ultimately acquitted by the Senate.