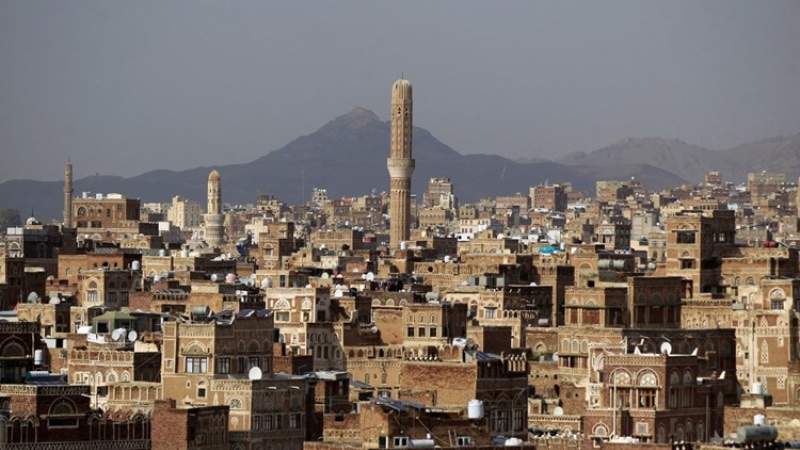 Yemen: Seven years since the US-Saudi aggression against Yemen had started, Yemeni museums suffered the effects of the US-Saudi warplanes' crime and its mercenaries, as they have been subjected to destruction, looting and smuggling outside the country.

However, what is new in this case is what the Yemeni writer, Ali Al-Muqri, revealed in a Facebook post, a few days ago, saying that “one of the auction houses in Germany offered a Yemeni artifact for sale next month.”

Al-Muqri stated that an antique, representing a "beautiful Shebaan woman from the third century BC, is being auctioned in Germany on July 12, through Gorny & Mosch Giessener Münzhandlung Gmb", calling on those interested in Yemeni history to hurry to enter the auction.

“This is not the first time, and it will not be the last, that Yemeni antiquities are displayed in European auctions, which are smuggled from Yemen through theft and smuggling of antiquities," noting that "the process needs institutions that follow up on the sources of smuggling and theft of antiquities, to be subjected to legal accountability.

Since the first day of the aggression on Yemen, the US-Saudi aggression has targeted archaeological sites. For example, the historic city of Sa’adah, large parts of it were destroyed. It is a historic city surrounded by a wall, and it consists of a group of historical dwellings, ancient mosques, hammams, and old markets.

UNESCO included it in the waiting list among the cities to be included in the World Heritage List, while it has been targeted multiple times by the US-Saudi warplanes.

The Habour Zhelima Mosque was also targeted on September 7, 2015. It is an archaeological site located in Amran Governorate, and its history dates back to the Zaydi imams periods in Yemen. The mosque is considered one of the most important religious monuments in the Habour region, because of its artistic character in construction and decoration.

Among these sites are the Dhamar Museum, the old city of Sana’a, the historical city of Sa’adah, and other landmarks and sites in the governorates of Ma’rib, Al-Jawf, Taiz, Ibb, Aden and other governorates.

The US-Saudi aggression facilitated the movement of Al-Qaeda and Daesh members on the western coast in the direction of Abyan and Shabwa, as well as in Marib, where these groups destroyed shrines and domes.

According to reports, the systematic destruction and theft came with the full support of the US-Saudi aggression, to complete the picture through a supportive aerial bombardment.

The national government says that what is happening is a public and systematic theft of Yemen’s antiquities, which is carried out with Western international coverage, “ what we see of displaying some Yemeni artifacts in European auctions indicates complicity between smugglers from Yemen and the Western authorities supervising those auctions.”

The government sent a number of messages through the Ministry of Foreign Affairs to UNESCO, rejecting what is happening, especially as it clearly accuses the US-Saudi countries that have facilitated the theft and looting of Yemen’s heritage, in an attempt to obliterate the Yemeni identity, attributing some Yemeni artifacts, and display in European countries.

In 2021, Yemen revealed that the UAE had stolen hundreds of Yemeni archaeological artifacts, after it had stolen during the past years many Yemeni artifacts.

Lott Art website data showed more than 545 artifacts, originating from Yemen, that were sold through the website and through multiple agents. The data also showed dozens of antiquities, which are still on sale until September 23, by the Israeli occupation, and their prices are shown by the site to subscribers only.