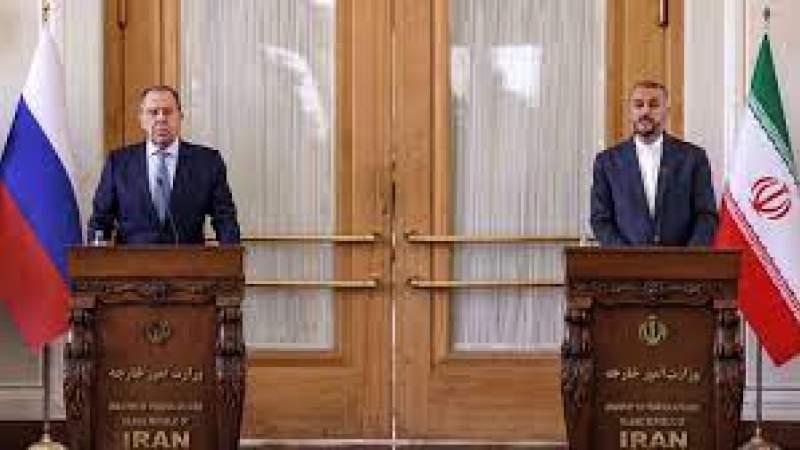 News - Middle East: Iran’s Foreign Minister Hossein Amir-Abdollahian says the Islamic Republic is serious about achieving a lasting agreement through the Vienna talks on the removal of sanctions, adding that an agreement would be possible if the Americans acted realistically.

Amir-Abdollahian made the remarks in a Monday presser with his visiting Russian counterpart, Sergei Lavrov, in Tehran.

Asked about the situation of the Vienna talks, Iran’s top diplomat said he has discussed the negotiations with Lavrov, adding, “If the Americans act in a realistic manner, we are hopeful to reach a final agreement in the near future.”

Amir-Abdollahian said the Russian diplomat reiterated Moscow’s support for the Islamic Republic’s political positions in the negotiations and a possible agreement.

He said the other side, specifically the United States and the European Union's foreign policy chief Josep Borrell and his deputy, Enrique Mora, are continuing their efforts to get all parties back to the negotiations and continue the talks, adding, “We hope to be able to keep the negotiations, which is already on its right track, again on the roll … in the near future.”

“I would like to emphasize here once again that the Islamic Republic of Iran is serious about reaching a good, strong and lasting agreement, and we will continue the path of diplomacy, which is the right path, and again call on the United States to be realistic so that [we will] reach the final stage of negotiations,” the top Iranian diplomat noted.

In response to a question about plans by Iran and Russia to increase their economic and trade cooperation as well as to expand relations in the face of the new sanctions imposed by the United States, Amir-Abdollahian said, "We, in the government, have adopted a strategy to counter the sanctions by pursuing two paths in parallel; the first path is to neutralize the sanctions within the framework of President Raeisi’s sustainable economic development plan, and the second path, which is being pursued at the same time and its responsibility lies with the [country’s] diplomatic apparatus, is through diplomacy and negotiations for the removal of sanctions.”

Pointing to the ways of dealing with US sanctions against countries, including Iran and Russia, Amir-Abdollahian said, “We have had important agreements in recent months on rendering the sanctions ineffective, but they must be acted on and there is no need to express them in front of the media.”

Negotiations have been held in the Austrian capital of Vienna since April last year to restore the 2015 Iran deal, officially known as the Joint Comprehensive Plan of Action (JCPOA), which was ditched by former US President Donald Trump in May 2018.

In quitting the agreement, Trump introduced what he called the “maximum pressure” campaign to bring Iran to its knees. Tehran maintains that the policy has failed dismally. The Biden administration agrees, yet it has not taken any tangible steps to deliver on its promise of repealing the policy.

In recent months, Iran has cited Washington’s indecisiveness as the reason behind the protraction of the talks, as a number of key issues remain unresolved, ranging from the removal of all post-JCPOA sanctions to the provision of guarantees by the American side that it will not leave the deal again.

Israel not to be allowed to threaten regional security

The Iranian foreign minister also said the two diplomats had talked about the Zionist regime’s political saber-rattling, stressing that the region will not allow the Tel Aviv regime to threaten the security, stability and progress of the region.

Russia FM: All illegal sanctions imposed against Iran must be removed

Lavrov, for his part, told the presser that Iran and Russia had decided to expand their relations, saying, “We agree that relations between the two countries can reach a high level. To this end, we are working on another major agreement initiated by the president of Iran.”

Iranian President Ebrahim Raeisi visited Moscow in January and said he had presented his counterpart Vladimir Putin with draft documents on strategic cooperation that would cement collaboration between the two sides for the next two decades.

Pointing to the 2015 Iran deal, the Russian diplomat said, “Regarding the JCPOA, our goal is to rectify what the United States did wrong. When the United States quit the deal and withdrew [support for  UN Security Council] Resolution 2231, it once again violated international law. We must work to revive the JCPOA in its 2015 original form without any additions.”

“All illegal sanctions imposed against Iran, which contravene the JCPOA, must be removed. We hope the United States would make a logical decision, though we are not very confident in this regard.”

Asked about Iran-Russia’s cooperation in reaching a good and lasting agreement, and on the other hand, the US's lack of commitment in imposing new sanctions on Iran, Lavrov said, “The United States takes into account its internal considerations not only in the JCPOA-related negotiations, but also in any other issue. The United States acts based on its own problems.”

The Russian diplomat added, “A year ago, the United States tried to accuse us of stalling the Vienna talks, but everyone acknowledges that the United States alone is slowing down the process of reaching an agreement.”