Israel Launches Airstrikes on Gaza in Response to ‘Gunfire’ 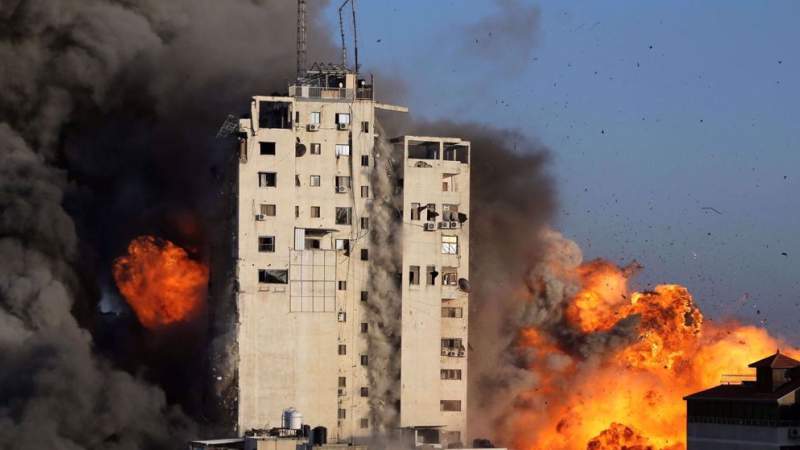 News - Middle East: The Israeli military has launched new aerial aggression against the Gaza Strip following reported gunfire from the direction of the coastal enclave.

The military started carrying out airstrikes against Gaza on Tuesday "following the firing of a bullet” from the enclave towards the occupied territories, AFP reported, citing a statement released by the Israeli army.

The statement identified the target as a “military post” belonging to the Gaza-based resistance movement of Hamas in the northern part of the coastal sliver.

Palestinian sources, meanwhile, said Israeli UAVs had carried out three airstrikes against a “watchtower” belonging to the enclave’s resistance forces in the west of the city of Beit Hanoun in northern Gaza, the Palestinian Information Center reported.

The news agency cited Hebrew-language sources as saying that the Israeli airstrikes were being carried out in response to gunfire that earlier targeted the illegal Israeli settlement of Netiv Haasara that lies close to Gaza’s border with the occupied territories.

Palestinian sources said the Israeli strikes did not result in any casualties.

The Israeli regime's caretaker prime minister Yair Lapid recently alleged that Tel Aviv would “respond swiftly and forcefully” to any projectile or incendiary balloon that could be fired or sent towards the occupied territories from Gaza.

The Islamic Jihad, Hamas’ fellow Gaza-based resistance movement, responded to the remarks by warning the Israeli regime against attempting any new round of aggression against the Palestinian enclave.

“The threats issued by the rulers of the occupying regime are hollow. They know this well that any new aggression against the Gaza Strip will not be easy [for them],” Islamic Jihad official Ahmad al-Mudallal said on Sunday.

“Israel is going to be the sole loser of such offensive because it cannot take the resistance’s [counter]attacks,” he added.