What Is the Purpose of Presenting Bin Salman as a Rival to Biden? 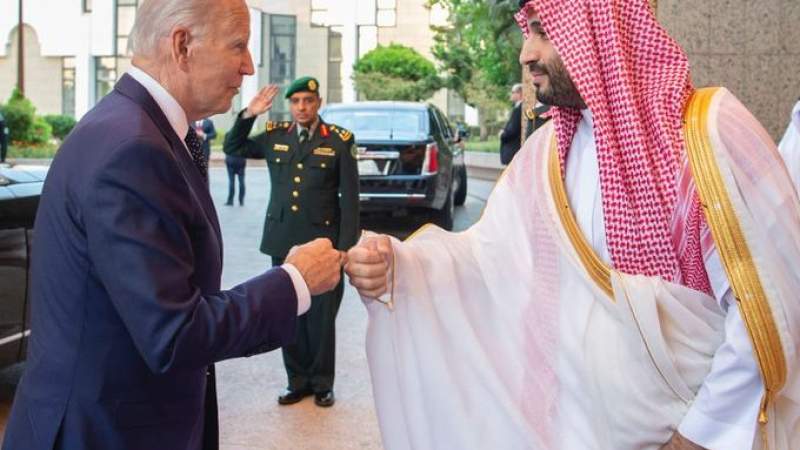 Middle East:   Western media is promoting a new trick on Arab and international public opinion, by publishing the lie that Saudi Crown Prince Mohammed bin Salman expressed different positions to Washington's requests to produce more oil to meet the needs of the West, due to the West's tendencies to dispense with Russian energy supplies.

Western promotion aims to show Mohammed bin Salman as “a leader”, by claiming that Saudi Arabia “confirmed that increasing oil production is not a matter of emotions” and that bin Salman embarrassed Biden by talking about “American violations of human rights in Abu Ghraib prison and not holding the Israelis accountable for killing the Palestinians Al-Jazeera correspondent Shireen Abu Akela”.
All these lies do not correspond to the facts of the reality of the relations that bind the Saudi regime to the United States.
A quick review of the facts of the overthrow of former Pakistani Prime Minister Imran Khan can confirm the fact that Riyadh sided with Washington in the war against Russia.
As soon as Imran Khan refused Western pressure on his government to condemn Russia, he was dramatically and suddenly ousted from the presidency of the Pakistani government. And as Shahbaz Sharif became prime minister, the first thing he announced was thanking Saudi Arabia and the UAE regimes for their assistance in assuming the premiership of Pakistan on the 11th of last April.
Many observers believe that the role of Saudi Arabia and the UAE in overthrowing “Imran Khan” as prime minister of Pakistan was nothing more than a service that Riyadh and Abu Dhabi provided to the US amid the permanent and unconditional dependency that the Saudi and Emirati regimes abide by to Washington.
The news of the polishing of Mohammed bin Salman and granting him the status of being "peer" with the US President, appears to be nothing more than an attempt to “scatter dust in the eyes”, absorbing Russian anger, and preparing public opinion for the normalization relations between the Saudi regime and the Zionist entity.
Political analysts believe that the attempt to ignore Saudi weakness in front of orders issued by Washington will not withstand the hot events imposed by Moscow on the international scene for long. And it will not take long until Washington is forced to abandon any lies claimed by the US administration by granting the Saudi regime the independence to make decisions.
Source YPA translated by Almasirah English website
#US #Biden #Bin_Salman about 4 days