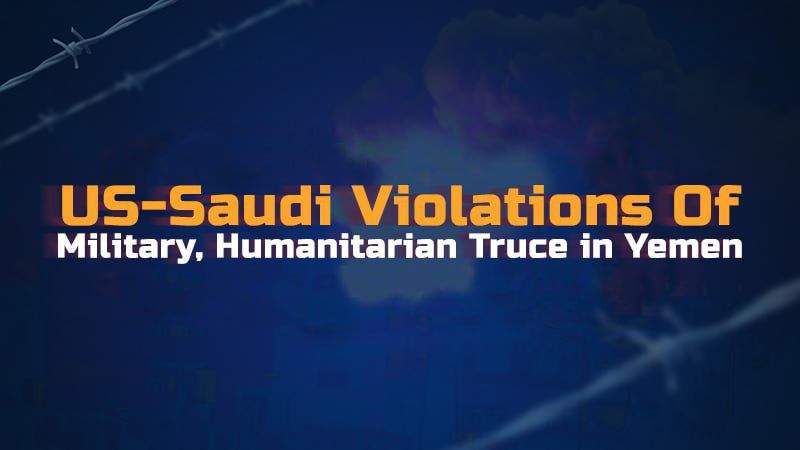 News - Yemen: The Liaison and Coordination Officers’ Operations Room, which monitors violations of the Stockholm Agreement and Ceasefire in Hodeidah, reported 155 violations staged by US-Saudi forces and mercenaries during the past 24 hours.

According to Saba news agency, a military source explained that the aggression’s violations included 29 flight operations with spy drones and war planes over the governorates of Taiz, Al-Jawf, Hajjah, Sa’adah, Al-Dhale'e, Hodeidah and the border fronts.

The source indicated that 23 violations were monitored as the US-Saudi mercenaries fired artillery shells on the sites of the Yemeni Army and the Popular Committees, in Marib, Hajjah, Sa'adah Hodeidah and border fonts.

The source stated that the mercenaries committed 96 breaches by firing on the homes of citizens and the sites of the army and the popular committees in the governorates of Marib, Taiz, Hajjah, Sa’adah, Al-Dhale'e, Hodeidah, Al-Baidha'a and the border front.