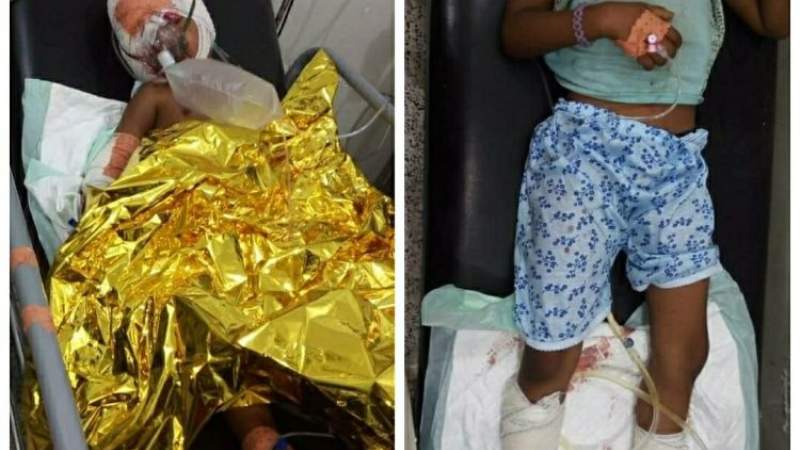 Yemen:   The Executive Center for Mine Action in Sana’a suffers from a lack of supplies for field work and a failure to provide basic humanitarian needs to save the lives of civilians in Yemen, while civilians are killed and injured due to mines, cluster bomb remnants of US-Saudi aggression.

Despite the humanitarian UN-sponsored truce that is currently taking place in Yemen, the issue of mines and cluster bombs remnants has been excluded, which is considered one of the most important humanitarian issues, especially amid the increasing number of civilian casualties.
It is noteworthy that the aggression prevented the entry of devices that detect mines and explosives, despite repeated requests and appeals to the United Nations to bring them in.
Director of the Executive Center for Mine Action, Brigadier General Ali Safra, described the ban on entry of the explosive detection devices, as “a crime that reflects the desire of the US-Saudi aggression to still using cluster bombs to this day.”
UN Deliberately Politicized the Issue
In late May, The director of the Executive Center for Mines, Brigadier Ali Safra, confirmed that the UN was informed of the necessity of allowing mine detectors, especially during the truce period, noting that the UN reduced its activities in Yemen and deliberately politicized the issue.
He added that the lack of materials used to destroy the remnants of war led to more martyrs.
The Director of the Mine Center revealed that "The area contaminated with mines in Hodeidah is more than 400 square kilometers, and we have cleared part of this area despite the lack of critical capabilities."
A Distress Call to Confront Cluster Bombs Remnants Danger
In early July, The Executive Center for Mine Action called on the UN and humanitarian organizations to make efforts to urgently provide detectors to clear areas contaminated with mines, cluster bombs and remnants of Saudi mercenaries areas.
In a statement, the center urged the UN and humanitarian organizations to continue supporting the center's activities so that it could secure the lives of tens of thousands of Yemenis from the remnants of war.
The statement came in response to an official letter from the United Nations to stop the work and activities of the Mine Action Center in Sana'a by next August.
The statement indicated that 62 civilian casualties, between killed and injured, were recorded in several governorates during June, most of them women and children.
Yemen is the most affected in the world of environmental pollution by prohibited weapons and their civilian casualties
The victims of cluster bombs have reached more than 25,000 civilians since the beginning of the US-Saudi aggression on Yemen in 2015. Moreover, the support and resources allocated to field clearance do not reach the level of 2% of what is required to be cleaned.
During an event on the occasion of the International Day for Awareness of the Risks of Mine and Cluster Bombs, in early April, the Executive Center for Mine Action announced that more than three million cluster munitions have been collected in seven years of war from 15 governorates and 70 districts in the country.
The head of the Executive Center for Mine Action, Brigadier Ali Safra, stated that Yemenis are facing a catastrophe and a trio of cluster bombs of various types. The Center has detected 15 types of them used in air raids only, he added.
#UN #Cluster_Bombs about 6 days