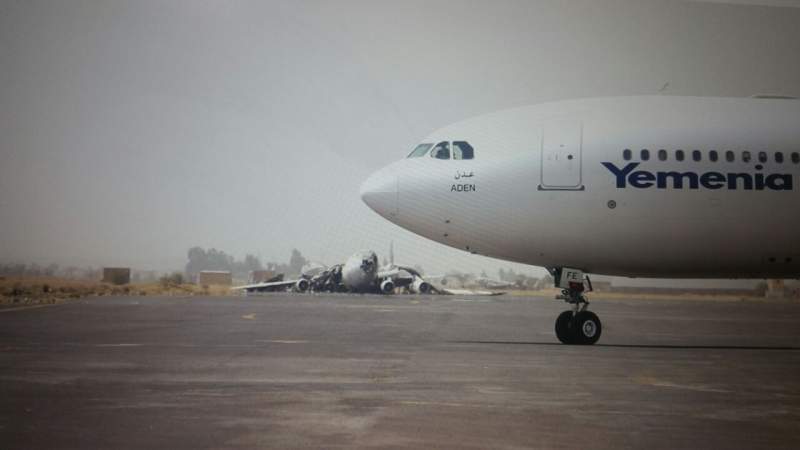 Yemen: It seems that Sanaa is heading towards ending the four-month UN truce, at least in its current form.

The UN-sponsored truce started on April 2nd, and renewed on June 2nd. It was the longest period of relative calm in the raging battles in seven years, despite the violations by the US-Saudi aggression that exceeded 12 thousand violations.
However, the truce was not up to the hoped-for success in the humanitarian part of it, which is Sanaa’s great importance to alleviating the popular suffering as a result of the US-Saudi siege.
The UN-sponsored truce constituted an urgent need for the US-Saudi alliance as a result of the outbreak of the crisis in Ukraine and the Western clash with Russia. And as a result of Western sanctions on Russia, a global energy and food crisis erupted as well.
Regarding food, it returned to its previous state prior to the crisis in Ukraine at the level of wheat prices, while Energy prices are still fluctuating and are likely to rise further, with Russia seizing the fate of Europe, which is unable to dispense with Russian oil and gas until this moment.
The US is pushing its European allies to collide with Russia, and this imposes the provision of alternative energy sources to Europe. The Middle East region represents an important link in this context, but the war in Yemen is an obstacle and may completely fail this option available to save Europe, and from this point the US sought to make a calm in it.
For its part, Sanaa considered the truce as an opportunity to build peace if there were seriousness or international changes that might lead to that, so it should be taken advantage of, as its officials said. It chose to address the humanitarian issue instead of going to political negotiations with unclear features, especially as the Yemeni people are under siege.
The UN-sponsored truce stipulated the opening of the besieged Sana’a airport. By the end of August 2, it was supposed that 32 flights had been operated between Sanaa airport and Amman and Cairo airports, however only 20 flights were carried out, missing 12 other flights, in addition to disrupting the aggression of the flights of Cairo.
The Minister of Transport, Major General Abdel Wahab Al-Durra, considered that the disruption of the flights of Cairo violated the provisions of the truce, and alluded to Saudi and Emirati pressure on Egypt to stop flights between Sanaa and Cairo airports.
During the truce, Sanaa received an Egyptian technical delegation that inspected Sana'a airport and closely touched the safety of the basic procedures for the airport.
The Egyptian delegation praised the airport’s basic procedures, which conform to ICAO standards, and after a long urging from Sana’a, the Egyptian side made marginal remarks, while the Cairo-Aden and Seiyun flights are operating, and they are less efficient airports, according to the security and safety requirements at airports.
The minister of transportation in the Salvation Government made a statement accusing Egypt of submitting to external dictates, obstructing the flights of Cairo-Sana’a destination, and considered this a violation of the provisions of the truce.
The intentions of the aggression were not real humanitarian since the beginning of the truce, as disturbing Cairo flights was preceded by a repeated postponement of Sanaa-Amman flights for a period of one month. .

Regarding the fuel crisis, it was agreed that 36 ships would enter the port of Hodeidah. Only 20 ships were allowed to reach Hodeidah after they incurred fines, as the aggression continued to detain and piracy them.

At the present time, there are 5 fuel and gas ships being held off the Saudi port of Jizan, and President Al-Mashat refused to receive the UN envoy Hans Grundenberg in Sana'a before releasing the five ships.

Hans Grundenberg requested an urgent meeting with the leadership in Sana’a, bringing with him what might be called a “new offer” from the other side in response to Sana’a’s requirements to renew the truce.

Prior to this request, the Saudi-backed governor of Marib Sultan Al-Arada presented an offer to Sana'a of its willingness to restart and connect Sana'a with the Safer electric station, the largest electrical station in Yemen.

Opening the roads, which is the third humanitarian issue according to the terms of the truce, Sanaa accepted to negotiate about Taiz, it opened roads on its side, however the Saudi-backed side opened fire on media crews, as well as civilians who tried to use the road.

In addition to the manipulation of the terms of the truce by the aggression coalition, the UN representative in Yemen, Hans Grundenberg, appeared dishonest in his briefings to the Security Council.

Sana’a denounced in more than a statement the UN representative remarks, demanding the necessity of modifying his behavior and adhering to the principles of an honest broker. However, the man continued to manipulate the facts of the truce on the ground and misled the Security Council until the end of the truce, especially with regard to Sana’a’s initiatives to open roads in Taiz. In his recent briefing to the Security Council, the UN representative went as far as questioning its feasibility and shockingly asked to freeze it.
By the end of the first truce on the 2nd of last June, Sanaa agreed to renew it for two more months, adding conditions of paying the salaries and addressing the prisoner exchange deal. The aggression continued to procrastinate in these two clauses and continued to manipulate the previous clauses related to the conduct of flights from Sanaa airport to Cairo and Amman and stopping the piracy of ships.

Therefore, none of that went in an encouraging way, says Sanaa, neither the flights were completed nor the flights of Cairo were launched, and the coalition continued hacking fuel ships, manipulating the roads issue. It showed its lack of seriousness in discussing the salary issue and completing the prisoner deal.

The truce was supposed to be a stepping stone to building peace, however the coalition is the one who, with its arrogance, missed that opportunity and must bear the consequences of its manipulation, according to officials in Sana'a.

The popular opinion is pressing for an end to the truce and the resumption of fighting, and government officials in the Salvation Government assert that it is not possible in any way to return to the truce in its current form.

There is a fact that after August 2, 2022, will not be the same as before, whether the truce is renewed or the fighting resumes. Sana’a will impose its conditions and the coalition of aggression is concerned with reducing its losses only in light of the failure to unite its tools on the ground for 8 years.