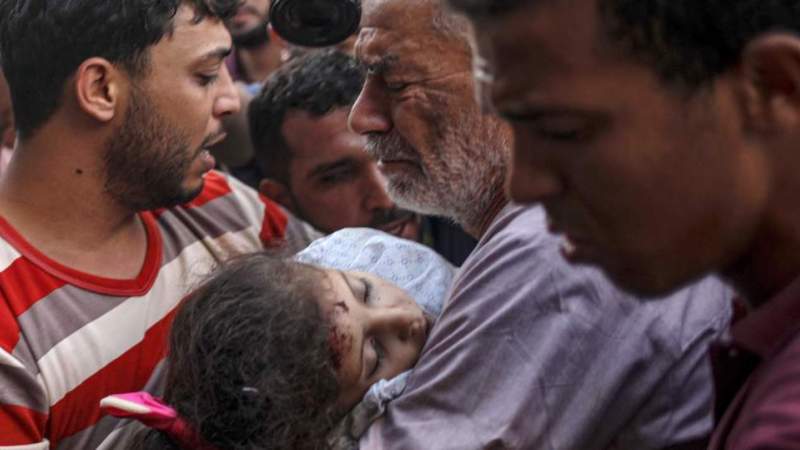 News - Yemen: The new Israeli aggression against Gaza draws widespread condemnation, as the latest Israeli airstrikes in the Gaza Strip has killed at least 12 people, including a 5-year-old girl, and injured more than 85 others.

The Ministry of Foreign Affairs condemned in the strongest terms the Israeli aggression on the Gaza Strip, killing and injuring dozens of Palestinian citizens.

The Ministry affirmed the legitimate right of the Palestinian people to respond with the appropriate options, self-defense, and resistance to the occupying Zionist enemy.

For his part, Spokesperson for the National Salvation Government, Minister of Information Daifallah Al-Shami, affirmed the solidarity of Yemeni people and government with the brotherly Palestinian people and blessing their struggles, leading to an independent Palestinian state with Al-Quds as its capital.

Minister Al-Shami called on the international community, especially the Security Council, to move away from the policy of double standards and to play its role in putting an end to the Zionist crimes and its barbaric policies that undermine security and stability in the region and the world.

He expressed its sincere condolences to the Islamic Jihad Movement for the martyrdom of the leader, Tayseer al-Jabari and his heroic bodyguards, and to all the Palestinian people for the fall of a number of martyrs in the Zionist attack.

Earlier on Friday, the Islamic Jihad confirmed that the Israeli enemy assassinated one of its commanders. Tayseer Jabari, a high-ranking commander was killed in airstrike in his home. Israeli media described him as the “successor of Islamic Jihad military chief Baha Abu al Ata”, who was martyred in an Israeli strike in 2019.

Occupation Home Front Command alerted Israeli settlers who live in towns within an 80 km radius of the Gaza Strip, including Tel Aviv, that there is a risk of rocket fire, Israeli media reported.

Islamic Jihad and Hamas Mobilize
Shortly after the Al-Jaabari was pronounced martyred, the Islamic Jihad announced that the Israeli occupation military is launching a war, vowing to confront the new aggression.

For its part, The Palestinian Health Ministry said well over 80 people had also been injured in the Israeli attack earlier in the day.

Also on Friday, Palestinians demonstrated in the city of Ramallah in the Israeli-occupied West Bank, denouncing the Israeli regime’s air raids on Gaza.