Prime Minister Calls for Reporting on Violations of US-Saudi Aggression 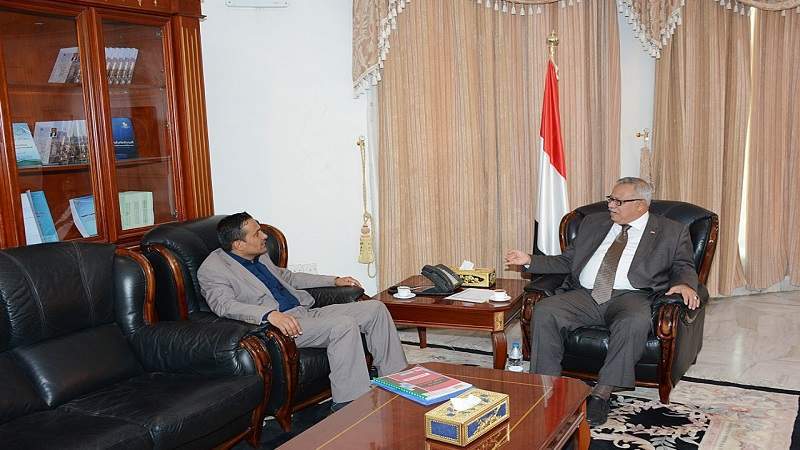 News - Yemen: Prime Minister Dr. Abdulaziz bin Habtoor praised the role of the Ministry of Human Rights in preparing periodic reports on the grave violations of the US-Saudi  aggression and siege on the basic rights of Yemeni people.

He pointed to the importance of strengthening coordination and cooperation between the Ministry of Human Rights and the bodies related to human rights issues in Yemen in all its aspects, stressing the government's support for the Ministry and its various valuable activities.

Al-Dailami pointed to the ministry's activity during the last period, especially the preparation of periodic and annual reports on the US-Saudi aggression's violations of the basic rights of the people of Yemen.

He also referred to the ministry's efforts with its various cadres in developing its work mechanisms in line with international standards related to its humanitarian activity.

He touched on the challenges facing the ministry and the support and cooperation of various relevant government agencies required to overcome its.