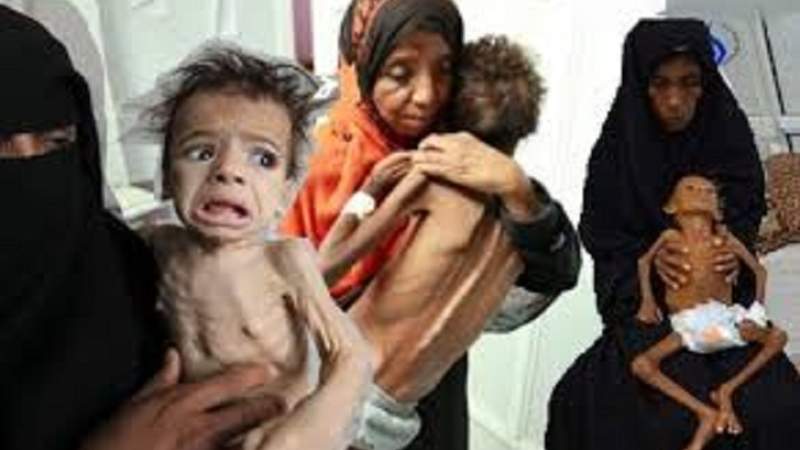 Yemen:   The US-Saudi coalition bet on the siege for eight years of its war on Yemen to achieve a political gain due to the disappointing results of its military forces on the ground.

At the beginning of this week, the aggression forces tightened their siege and prevented the entry of oil derivatives to the port of Hodeidah, in a clear repudiation of the terms of the recent temporary truce sponsored by the United Nations.

The US-Saudi aggression knows that seizing the fuel ships has catastrophic effects from double fines that deprive Yemenis of the advantages of low purchasing power. Yemen Petroleum Company announced days ago that the fines amounted to more than 11 million dollars for the detained ships, in addition to paralyzing and disrupting the work of sectors such as hospitals and electricity.

The coalition's failure to adhere to agreements is not the first time; Rather, after each round of negotiations, the coalition works to violate every truce, denouncing the UN’s silence regarding the humanitarian crimes committed against the Yemeni people.

At the forty-eighth session of the Human Rights Council, the Secretary-General of the Irish Human Rights Organization “Tara O’Grady” said that the coalition’s blockade of Yemen led to the collapse of the economic, health, educational and civil service systems, and the restriction of the right of the Yemeni people to freedom of movement by closing airports.

Heads of seven international humanitarian bodies had previously issued a joint statement in 2017, calling on the coalition to lift restrictions and urgently resume commercial imports, especially food, fuel and medicine, unless millions of children, women and men will face the risk of hunger, disease and mass death.

The coalition since declaring its war on Yemen, has been seeking to target Yemenis in various economic, social and humanitarian aspects, disregarding international laws.

The reports of international organizations confirmed the food insecurity in Yemen and the fall of 19 million people under the threat of hunger, in addition to the suffering of about 2 million Yemeni children from severe malnutrition.

The coalition’s recent detention of oil ships aims to create a new humanitarian and economic crisis, in order to undermine the Yemeni sovereign decision, which the coalition could not obtain. It is a form of tyranny with an international cover based on financial interests, which was confirmed by the United Nations and its statement of receiving threats by Saudi Arabia to cut off financial funding for its affiliated organizations.