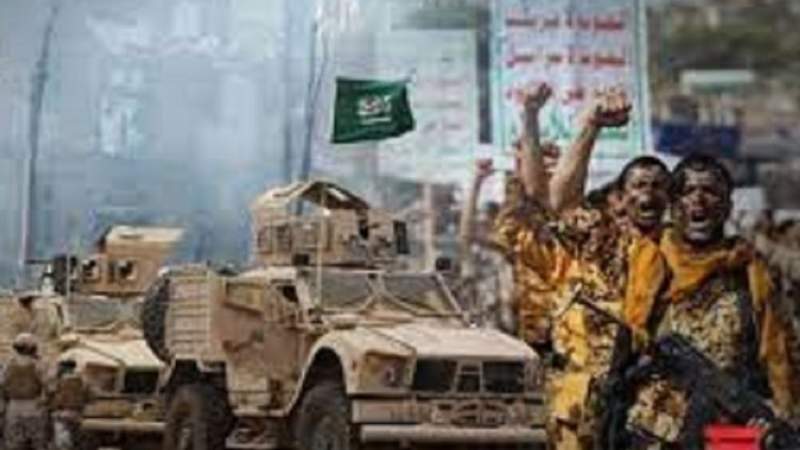 Yemen: The Yemeni people are not enthusiastic about the possibility of reaching a permanent cessation of the US-Saudi aggression, due to its lack of commitment to the humanitarian and military truce.

They said that no significant change has been observed in alleviating the suffering, as they live in a “no war and no peace” situation.

Observers say Yemen requires the independence of the decision of all Yemeni forces and components, especially in areas under the control of the aggression through the emergence of a local leadership in those areas, enjoying popular legitimacy and freedom to choose the decision similar to the leaders of the peaceful movement In Al-Mahra.

All the occupied governorates in the south must move forward to reach an agreement with the National Salvation Government in Sana’a away from the dictates of the foreigners in a manner that serves the interests of Yemenis, having good relations with regional and international countries.

Observers believe that the national government has to exploit the conflict situation among the armed factions affiliated with the coalition, in a way that make new alliances with some of these factions and provide them military support, as well as asking them some political concessions instead of the concessions they made for the aggression countries, which did not achieve any tangible result.

During the past few years, the Yemeni Armed Forces were able to achieve important developments, enhance their capabilities with modern and advanced weapons, refine the skills of fighters and prepare them well.

The Salvation Government in Sana'a recently, showed a parade of the Armed Forces, sending messages with multiple connotations including a message of peace, not surrender, a message of reassurance to Yemenis that Yemen is now protected, warning the foreigners against the consequences of targeting it.

On the other hand, the US-Saudi’s arrogance at the beginning of its military operations 8 years ago has been vanished and replaced by the state of submission that it has reached now, after suffering severe defeats.
The repercussions of the Ukrainian war made the West desperately need every drop of oil in the region, which prompted those countries to direct Riyadh and Abu Dhabi to stop the war in Yemen for fear of targeting Saudi-Emirati oil facilities by Yemen.

These Western concerns come as a result of repeated incidents related to targeting oil facilities, the most prominent of which was the targeting of Aramco’s Abqaiq and Khurais facilities with Yemeni drones in 2019.

The two facilities are the most important facilities of the oil industry in Saudi Arabia, as most of the crude extracted for processing reaches them, before being transferred to export. At that time, the strikes reduced the Kingdom’s production of crude oil by 5.7 million barrels per day, which is equivalent to almost half of its oil production.

According to observers, it is difficult for the US-Saudi aggression to abandon the ambitions that prompted them to launch war on Yemen in March 2015, in particular the occupation of Yemeni ports and islands, including the Bab al-Mandab Strait, and the looting of the country's wealth. It uses the Truce three times, so that the West can search for an alternative energy for Russian oil and gas, so that those countries will return to war and achieve their goals from that war.

Observers believe that the insistence of the aggression countries to stop military operations, while continuing the suffocating siege on the Yemeni people, as well as the formation of the “Saudi-UAE Council of agents” is nothing more than a diplomatic maneuver.