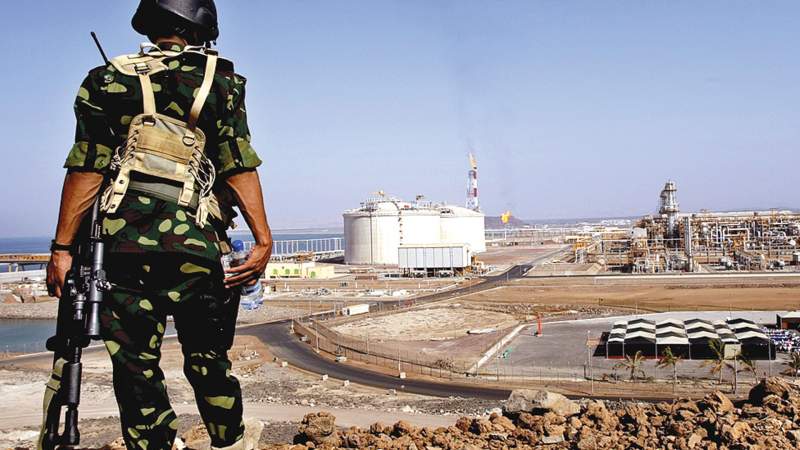 The head of the UAE-Saudi Council of Agents, Rashad Al-Alimi, acknowledged the existence of deals to sell Yemeni gas, adding that his government, in cooperation with the UAE, is seeking to conclude a number of deals and is ready to do so. However, the French company Total requires an agreement on security issues, fearing that Sanaa would bomb gas facilities with ballistic missiles.

Al-Alimi stressed that there is talk about exporting gas to France and Germany under Emirati sponsorship.

Earlier, officials in Sana'a had warned the UAE and all European companies against making deals to steal Yemeni gas and oil.

Sanaa indicated that it would not recognize any agreement concluded by these countries with the mercenary government, considering the operation a theft of Yemen's wealth.

Will Western countries help the UAE steal Yemeni gas? Will these companies face any security problems if they insist on extracting and exporting gas without any approval from the Sanaa government? What are the UAE's goals in concluding deals on Yemeni gas?

Fahmi Al-Yousifi, Yemeni Minister of Information, confirmed that Al-Alimi's statements are the culmination of the UAE's continuous looting of Yemeni gas, pointing out that the UAE's decision to supply Europe with gas to prevent Russia from using this weapon against Europe, and that NATO has been seeking since the nineties to find alternatives to Russian gas, as they take advantage of the UN-sponsored truce to pass such suspicious deals .

Al-Yousifi noted that Al-Alimi seeks to gain Western support and weaken the position of the anti-aggression forces, stressing that harming Yemen's wealth is a national crime.

While the Yemeni journalist Abdul Salam Jahaf indicated that the contracts concluded by the UAE with the countries to supply them with gas deplete the amount of gas produced by the Emirates and that neither the Emiratis nor the Qataris are able to meet Germany's need for gas.

He noted that the looting of Yemeni wealth will not be done after the warning issued by Sayyed Abdulmalik Al-Houthi.

Earlier, the Leader of the Revolution Sayyed Abdulmalik Al-Houthi warned the Saudi-led aggression against continuing to plunder the Yemeni national wealth, warning, at the same time, foreign companies that colluded with the coalition in plundering the country's wealth.

This comes in a speech broadcast live from the Yemeni capital of Sana’a to commemorate the eighth anniversary of the September 21 revolution against a Saudi-backed regime in the country and its removal from power.

He also reiterated the call for the coalition to end the aggression, lift the siege, end the occupation, address the issues of war, treat the damage and take a lesson.