Truce Should Reflect Improved Conditions for Its Renewal 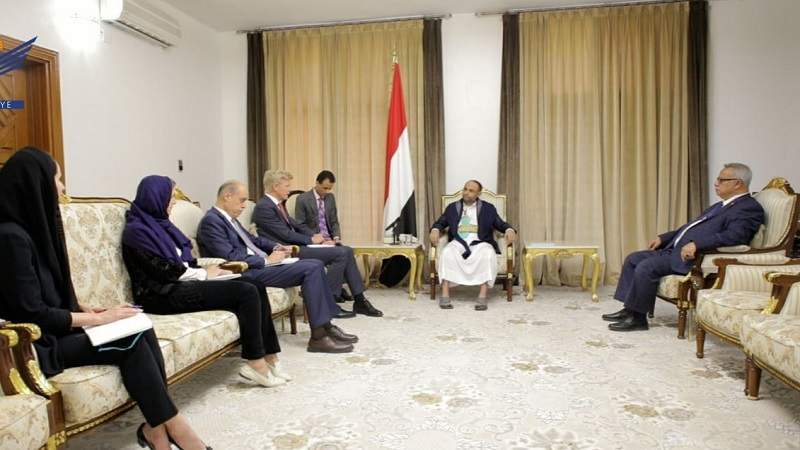 During the meeting, they discussed the efforts of the UN to expand the truce in light of the intransigence of the US-Saudi aggression on the rightful humanitarian demands of the Yemeni people.

"The injustice inflicted on our Yemeni people as a result of the aggression and the siege is very great, compared to the simple humanitarian demands that it presents," he said.

"The failure to alleviate the humanitarian suffering of the Yemeni people, which was deliberately created by the US-Saudi aggression, means that it is the one who rejects the truce," he added.

He stressed that disbursing the salaries of all state employees is a basic demand for the Yemeni people and If this is not achieved and the advantages of truce improve, we will not accept its renewal.

For its part, the head of the National Delegation, Mohammad Abdulsalam, stressed that the payment of state employees salaries, ending the siege on Sana'a airport and the port of Hodeidah, and the establishment of a ceasefire are necessary steps for real stability that the Yemeni people need.

In a tweet, Abdulsalam stated, Sunday, that these demands are the right of Yemen and not a gift from anyone.

Ministry of Foreign Affairs confirmed that the attempts of the countries leading the aggression dilute the current truce, evade the implementation of its terms and keep the country in a state of "no war and no peace", is totally rejected and cannot be accepted.

The statement of the  head of the National Delegation comes in the context of responding to the calls of extending the truce, which will expire on the second of next October.

On 21 September 2022, vice ministers and senior official representatives of the permanent five members of the United Nations Security Council and the European Union, Germany, Kuwait and Sweden, hereafter referred to as the P5+4, met to discuss concrete steps to support an extension of the truce agreed upon by the Yemeni parties until 2 October and the start of a political process to end the conflict in Yemen. The Netherlands, Oman, the Kingdom of Saudi Arabia and the United Arab Emirates participated as guests.

Recently, a UN-brokered truce in Yemen came into effect on 2 April, and for an initial two months.  It was renewed for another two months in June.