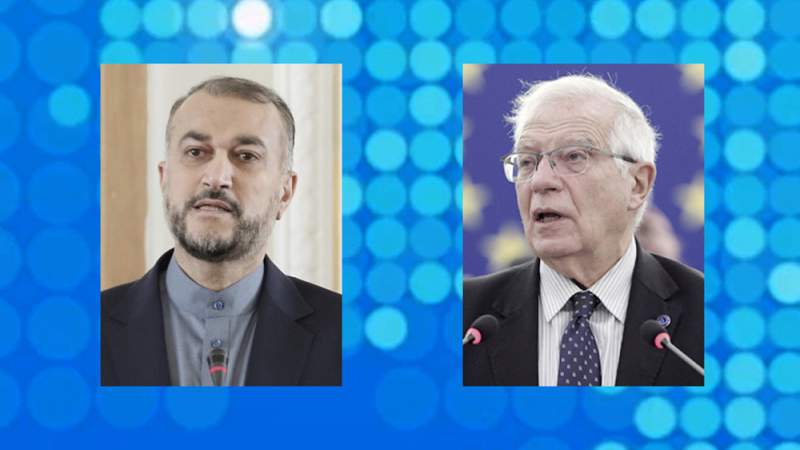 News - Middle East: Iran has warned the European Union against taking "hasty political actions" after the bloc threatened to take restrictive measures against Tehran in the wake of recent foreign-backed riots.

Foreign Minister Hossein Amir-Abdollahian said, "If the European Union seeks to take any rash political measures based on baseless accusations and in order to encourage rioters and terrorists that have targeted the Iranian people's lives and assets, it should know that we would take reciprocal action."

Amir-Abdollahian made the remarks in a phone call with the EU's foreign policy chief Josep Borrell.

Riots erupted in several Iranian cities after a young woman died at hospital after being taken by police. A thorough investigation is under way to ascertain the exact cause of Mahsa Amini's death.

Amir-Abdollahian differentiated between the people, who would pursue their demands peaceably, and the anarchists, who set fire to public properties, ambulances, banks, and public venues, attack the people and law enforcement agents with firearms and cold weapons, or resort to terrorist actions.

"We will take decisive legal action against rioters and terrorists in line with the law," the foreign minister asserted

The remarks came after Borrell warned that the EU would “consider all the options at its disposal" following Amini's death, and accused the Iranian security forces of cracking down on demonstrators.

Amir-Abdollahian, meanwhile, asserted that the country would "seriously" pursue Amini's case as per the Islamic Republic's domestic laws.

The issue is high on the agenda of Iran's judicial apparatus, he said, adding that forensic officials would "soon" provide a technical and thoroughgoing report on the case.

Borrell, for his part, acknowledged that there was a difference between rioting and terrorism and peaceful demonstrations, saying, "We do not want the European Union's relations with the Islamic Republic to sour."

The Two officials also discussed the issue of the ongoing negotiations aimed at removal of the United States' sanctions against the Islamic Republic.

The Iranian foreign minister described as "progressive" the recent talks held in New York and Vienna concerning the issue of the sanctions and revival of the 2015 nuclear deal with world countries.

Borrell also expressed satisfaction with the progress in the talks, stressing the need to continue efforts towards reaching a final agreement.