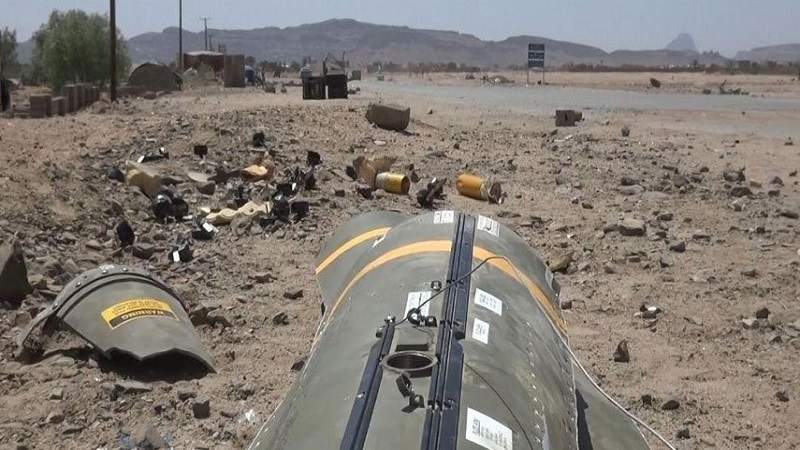 News - Yemen: A civilian was killed and eight others were injured, including women, with cluster bombs, remnants of US-Saudi forces in the last 24 hours in three governorates.

On Wednesday, a citizen was killed and another injured as a result of the explosion of a landmine left behind by the US-Saudi aggression in the Al-Jawf Governorate. The Executive Center for Mine Action revealed a large number of the victims was hit by US-Saudi remnant bombs and mines since the signing of the UN-sponsored truce in April 2022 until this October.

The statistics indicated that the total number of children was 131, including 25 killed, while the number of women reached 26, including 4 killed.

It is noteworthy that the Assistant Secretary-General of the United Nations, Joyce Msuya, visited on the 14th of this October, Al-Hodeidah Governorate, and was briefed on the conditions of the medical services in the Al-Thawra Hospital Authority, and the condition of the victims in the hospital.

Earlier, Hodeidah Governor Muhammad Ayyash Qahim said that the goverorate is waiting for the United Nations to expedite the installation of bridge cranes in the port of Hodeidah and to stop piracy on fuel ships.
This comes during a meeting of the leadership of Hodeidah Governorate and the Red Sea port with the Assistant Secretary-General for Humanitarian Affairs and the team of the United Nations mission in the governorate.
The governor of Hodeidah explained that between three to four victims of mines and cluster bombs fall daily in the south of the province, while the US-Saudi aggression prevents the arrival of detectors.
For his part, Muhammad Abu Bakr Ishaq, Chairman of the Board of Directors of the Red Sea Ports Corporation, considered that the port of Hodeidah is an essential partner for the United Nations organizations in humanitarian efforts.
Ishaq indicated that the direct damages to targeting the port amounted to 2 billion dollars, and we agreed with the United Nations on an emergency treatment program worth 713 million dollars, and we received only 7 million dollars.
He stressed that piracy on fuel ships is done arbitrarily and in violation of the Geneva Conventions and all international laws.
In turn, Joyce Msuya, Assistant Secretary-General of the United Nations, Deputy Emergency Relief Coordinator, stated that he noticed mine victims in Al-Thawra Hospital, affirming full commitment to help the Yemeni people.
Meanwhile, David Grisley, the humanitarian coordinator in Yemen, explained that funding for Yemen this year was less than all previous years, and this led to a reduction in food distribution.
David Grisley stressed that the movement is very safe in Hodeidah, and this has helped in carrying out humanitarian work smoothly, adding that mines are a real problem that leaves many victims.
He stressed that the bridge cranes in the port of Hodeidah are a priority, adding that they will work to achieve them and mobilize resources for the port.
#US_Saudi_Aggression #Cluster_Bombs #Executive Center for Mine Action about day