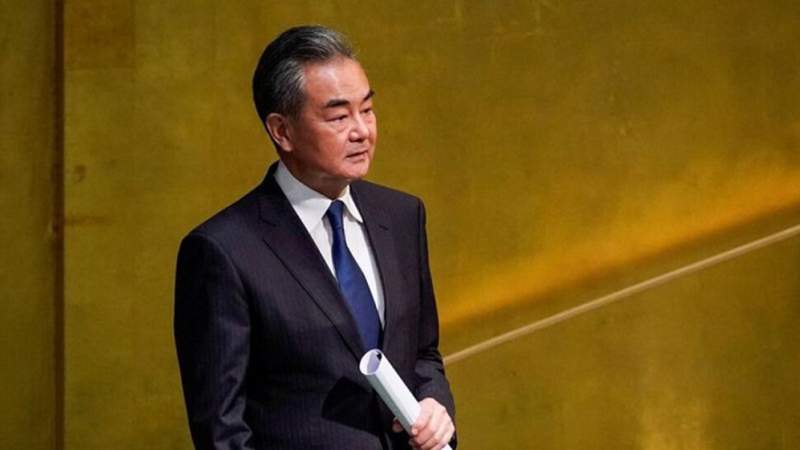 News - World: Chinese Foreign Minister Wang Yi has said Beijing is willing to deepen its relationship with Russia at all levels as both countries forge closer political and economic ties in the face of Western sanctions.

According to a statement posted on the foreign ministry, the top Chinese diplomat said in a telephone call with his Russian counterpart Sergei Lavrov on Thursday that any attempt to block the progress of the two nations will fail to succeed.

It is the legitimate right of China and Russia to realize their development and revitalization, Wang stated.

The Russian Foreign Ministry said in a statement that Lavrov thanked Wang for China’s support for Russia’s position on a settlement to the war in Ukraine.

US wrong to destroy Russia’s relations with China: Putin

Putin said Russia recognizes Taipei as part of the People’s Republic of China. He said visits by US officials, including House Speaker Nanci Pelosi, who Putin referred to as "grandma," to Taiwan were a provocation. The Russian president said Moscow’s relations with Beijing were at an "unprecedented level" as he called China's President Xi Jinping a "close friend."

Moscow and Beijing signed a no-limit partnership in February to confront Western sanctions.

The United States and its NATO allies have pressed the Chinese president to take a more critical stance against Russia for the war in Ukraine, accusing China of taking sides with Russia in the war.

In their February conversation, Xi had informed Putin of China’s support for the resolution of “issues through negotiations.”

Russia launched a “special military operation” in Ukraine in late February, following Kiev’s failure to implement the terms of the Minsk agreements and Moscow’s recognition of the breakaway regions of Donetsk and Luhansk. At the time, President Putin said one of the goals of the operation was to “de-Nazify” Ukraine.

The war has inflamed tensions between Russia and the West, with the US and its NATO allies imposing unprecedented sanctions on Moscow and supplying a large cache of weaponry to Ukraine. China says the sanctions are unilateral and not authorized by the United Nations Security Council (UNSC).

China and Russia have developed close ties in recent years. They issued a lengthy 5,000-word statement early in February against the expansion of NATO, calling the US-led military alliance a relic of the Cold War.