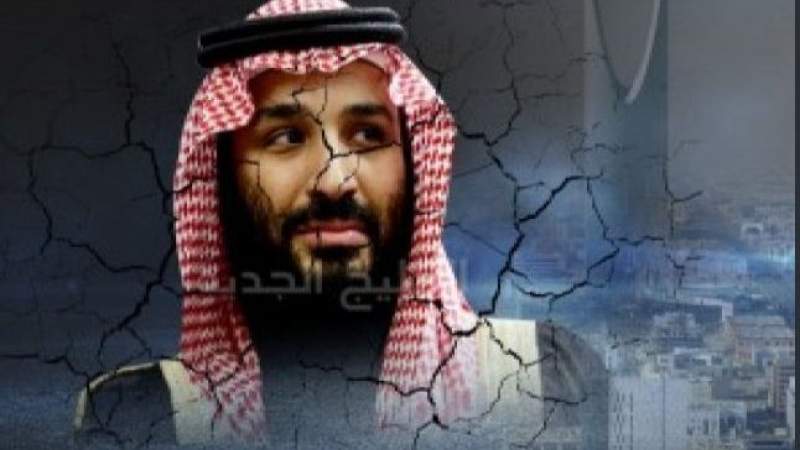 Yemen:   Indications are intensifying, day after day, that the situation in Yemen may return to before the truce, in light of the continued stumbling in negotiations to extend and expand it, and the absence of any sign of the possibility of its solution soon.

While the US, Saudi Arabia, and the UAE are exploiting the state of no war nor peace in order to strengthen their presence in the southern and eastern governorates, Sanaa monitored that and other facts, including the continuation of military mobilization operations and the establishment of new restrictions on Sanaa airport and the port of Hodeidah, as ammunition for a “ticking bomb” that could explode at any moment.
Far from the entitlements of truce, and in complete contradiction to the efforts aimed at preventing the collapse of the cease-fire agreement that entered into force on the 2nd of last April, Saudi Arabia and the United States, in the past few days, have pushed more of their forces to the southern and eastern Yemeni governorates rich in oil and strategic ports.

Similarly, the UAE has taken advantage of the prevailing state of no war nor peace, to consolidate its control over the islands of Socotra and Abd al-Kuri, east of the Gulf of Aden, and to consolidate its influence on the strategic Mayon Island overlooking the Bab al-Mandab Strait and international shipping lines in the Red Sea.

In this regard, follow-up sources confirmed to Al-Akhbar that a new batch of US forces arrived on a military cargo plane at Al-Rayyan Airport, which since 2016 has hosted a US-Emirati military base in Hadhramaut, in the east of the country.
The sources indicated that these new reinforcements came, apparently, at the request of the pro-aggression government in the city of Aden, under the justification of protecting the southern oil ports, from which Sana’a forces had stopped the export of oil last month, through a warning strike targeting the port of Dabba .

This comes in parallel with Saudi moves in the Hadhramaut Valley for weeks, aimed at recruiting about 30,000 new members of the governorate, in return for the UAE’s efforts to establish its presence on Mayon Island, where the local authorities in Taiz governorate reported a displacement process that the island’s residents have been subjected to for days at the hands of Emirati forces.

For its part, Sanaa continues to monitor these movements, which it describes as "provocative to the Yemeni people", and is discussing the "appropriate" response to them.

In this context, the head of the Supreme Political Council, Mahdi al-Mashat, accused the United States of thwarting peace efforts in Yemen, and of thwarting the progress made by regional and international mediation during the past period, describing the current situation as a "time bomb that can explode at any moment."
Al-Mashat pointed out that "there are parties benefiting from the war that are pushing towards a resurgence of military escalation and the collapse of negotiations," adding that "the truce negotiations have already reached a good level, but the American envoy, Tim Lenderking, has deliberately thwarted it during his previous tour in the region.
He pointed  to the existence of undeclared understandings with regional parties to perpetuate the cease-fire agreement, he added that Sana'a "gives some countries of aggression an opportunity to reconsider their position after those countries were convinced that they were losers."

Al-Mashat's statements came at a time when negotiations are still stumbling, with no indications of a breakthrough in the foreseeable future, according to informed diplomatic sources, "Al-Akhbar",  explaining that the US diplomatic movement that Riyadh recently witnessed focused on ensuring energy supplies. At a time when the UN envoy, Hans Grundberg, concluded a visit to Saudi Arabia, in which he discussed with the ambassadors of the "peace-sponsoring countries" ways to revive the truce, in talks described as "good".

For the same purpose, the US envoy is holding meetings with the Saudi ambassador to Yemen, Muhammad Al Jaber, and a number of Saudi and Yemeni leaders.

However, Sanaa does not see this movement seriously, as it ignores, from its point of view, the urgent humanitarian demands, on top of which are paying salaries of employees and retirees, the opening of the roads of Taiz and other governorates, and the facilitation of the movement of citizens and goods to and from the port of Hodeidah.

On the ground, a number of fronts, including Marib, witnessed a noticeable escalation, in addition to the continuation of mobilization operations in the south, especially in Al-Dhalea, Abyan and Lahj.

These events indicates the possibility of a return to the situation in Yemen to the pre-truce phase, such as the continued detention of oil derivatives ships and the prevention of their entry to the port of Hodeidah, the use of drones by the US-Saudi aggression to launch air attacks in southern Hodeidah, and the complete closure of  Sana’a airport.