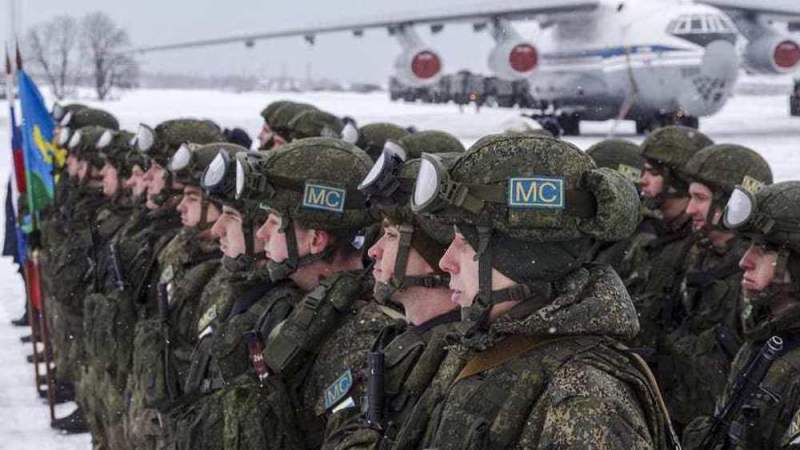 News - World: The Russian defense ministry has accused Ukraine of committing "war crimes" by, what Moscow denounces as, execution of more than 10 Russian soldiers.

"No one will be able to paint the deliberate and methodical murder of more than 10 restrained Russian soldiers... who were shot in the head, as a 'tragic exception,'" the ministry said in a statement on Friday.

The statement was released after emergence of videos online, which appear to show the soldiers giving themselves up to Ukrainian troops.

The video proceeds to show the forces lie down on the ground. Another footage shows around a dozen bodies surrounded by apparent bloodstains.

Russia's Human Rights Council said the alleged executions took place in Makiivka, a village in the eastern Luhansk region of Ukraine, which the Ukrainian army said it recaptured this week.

"We will ask for a reaction and an investigation from the international community," Human Rights Council Chairman Valeriy Fadeyev said on social media.

"We are aware of the videos and we are looking into them," a United Nations spokesperson told AFP.

The defense ministry claimed that the videos represented "new evidence of a massacre of unarmed Russian prisoners of war by Ukrainian military personnel."

It added that this "brutal murder" was not "the first and not the only war crime" committed by Ukrainian forces.

Russia started a military campaign in its southern neighbor in February. It says it launched the operation in order to defend the pro-Russian population in Luhansk and Donetsk -- another eastern Ukrainian region -- against persecution by Kiev.