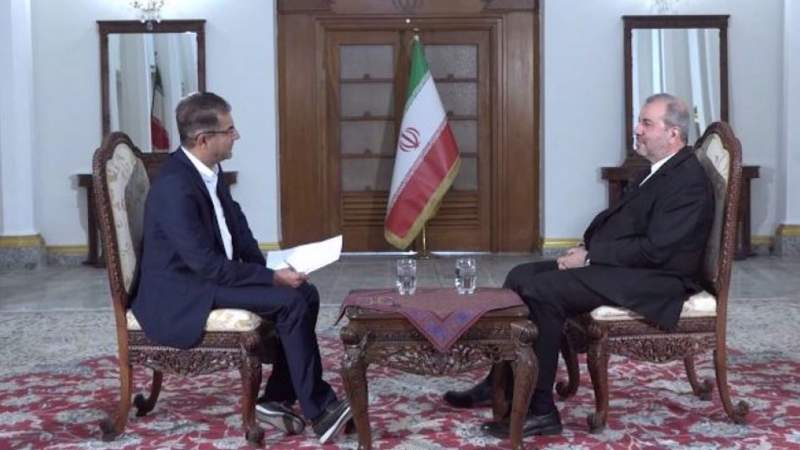 News - Middle East: Iran’s Ambassador to Baghdad Mohammad Kazem Alesadeq says the Islamic Republic has told Iraq’s central government and the Kurdistan region that it is serious about its national security after a number of sensitive Iranian military centers have been targeted from the Kurdistan soil.

Alesadeq made the remarks in an exclusive interview with Iran’s Arabic-language television news network al-Alam TV.

The ambassador denied reports about Iran’s land advance into the Iraqi Kurdistan region, saying, “Iran respects Iraq’s sovereignty and has carried out several measures to [improve] stability, unity and prosperity in that country.”

He pointed to recent talks between Commander of the Islamic Revolution Guards Corps (IRGC)’s Quds Force Brigadier General Esmail Qa’ani and senior Iraqi officials, including new Prime Minister Mohammed Shia al-Sudani, in Baghdad, where he reiterated the Islamic Republic’s support for Baghdad to settle the existing crises and provide better services to the people of the Arab country.

Alesadeq noted that Iran has always made efforts to settle problems with Iraq through dialogue, and close and strong relations between Tehran and the Kurdistan region should not allow separatist elements to infiltrate into Iran to kill Iranian security forces and blow up the country’s security centers.

The Iranian diplomat pointed to several rounds of fruitless talks with Iraq's Kurdistan region and said sometimes the ethnocentrism view affects political and diplomatic issues, “Therefore, we had to ask the central Iraqi government to intervene in this regard.”

Since September 24, the IRGC has frequently launched air raids against the positions of the terrorists, who are holed up in Iraqi Kurdistan.