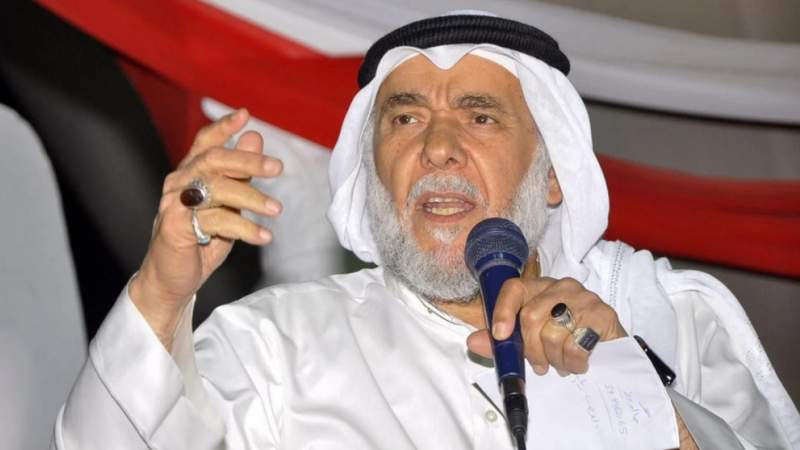 “It is no secret that the Al Khalifah regime is exercising flagrant and deliberate medical neglect against distinguished opposition figure and Secretary-General of Haq Movement for Civil Liberties and Democracy, Hasan Mushaima, who has been incarcerated in prison since 2011,” said the February 14 Youth Coalition.

February 14 Youth Coalition, also known as The Coalition, is a Bahraini youth movement led by anonymous individuals, taking its name from the date when the popular uprising against the ruling Manama regime began.

It added that the 74-year-old veteran political dissident has not received proper medication and treatment even though he suffers from chronic diseases.

“Prison officials have been intentionally delaying provision of necessary medicine to Mushaima, and adamantly refused to take him to hospital for examinations and required treatments, until his health condition deteriorated sharply," the group said in the statement.

“Under pressure from him and his family, he was finally transferred to Hamad Kanoo Health Center in the city of Riffa, but his situation did not improve much. His relatives were repeatedly prevented from visiting him, prompting them to stage a sit-in protest in front of the medical center for two straight days.”

It further noted that Bahraini regime forces raided the sit-in, arbitrarily arrested the protesters and took them to Hoora Police Station in the capital Manama.

“We call upon our noble people to express firm solidarity with Mushaima, and other political prisoners. We hold the Al Khalifa regime fully responsible for his life, especially as he is suffering from a terminal illness, and is languishing in prisons with a life sentence.

“Since his arrest in March 2011, prison authorities have neglected his healthcare and his right to receive required treatment. They have also prevented his family from visiting him. Such measures are indicative of the extent of repression that the regime is practicing against opposition figures which could be best described as slow death as a result of deliberate medical negligence,” the February 14 Youth Coalition stated.

Meanwhile, Bahrain's leading Shia cleric Sheikh Isa Qassim has reaffirmed his support for all Bahraini political prisoners and human rights defenders, and urged people not to forget them.

“Political prisoners should not be forgotten, as such an approach amounts to a downfall of national, religious, moral and patriotic values. They were imprisoned only because of their struggle for the rights and dignity of the Bahraini nation,” he wrote in a tweet.

Sheikh Qassim stressed that the imprisonment of political activists is a tragedy for the entire Bahraini nation.

Anti-regime demonstrations have been regularly held in Bahrain since the popular uprising began in mid-February 2011.

People demand that the Al Khalifah regime relinquish power and allow a fair system representing all Bahrainis to be established.

Manama, however, has gone to great lengths to clamp down on any sign of dissent