Russia Calls on Ukraine to Adopt 'Realistic Position' in Talks 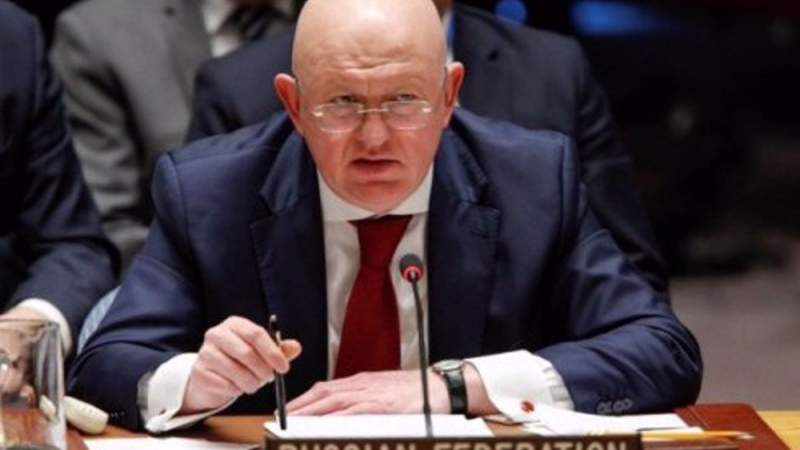 News - World: Russia's ambassador to the United Nations has warned his country will continue actions to impair Ukraine's military potential until Kiev takes a "realistic position" in talks.

Vasily Nebenzya said continuing the military offensive against Ukraine was meant to "undermine the Ukrainian army's combat capabilities" until Kiev "takes a realistic position, which will make it possible to discuss and try to settle those problems."

"So far, what we hear from Mr. Zelensky and his allies cannot be interpreted as readiness for peace but is rather a language of reckless threats and ultimatums," Nebenzya said at a UN Security Council emergency meeting on Wednesday, referring to Ukrainian President Volodymyr Zelensky.

He said the "flooding of Western weapons" into Ukraine was a "reckless call on Kiev to defeat Russia."

According to the the US Department of Defense, America has committed approximately $4.6 billion in military assistance and aid to Ukraine since the Russian invasion began in February. European countries have followed suit by offering 2.9 billion euros to Ukraine over the same period.

"Kiev's Western sponsors only encourage such an irresponsible course, since they are interested in a war on the Ukrainian territory until the last Ukrainian, as it makes it possible for their defense sector to derive colossal profit and test NATO weapons," Nebenzya said.

"This way, Western countries are seeking to establish their geopolitical hegemony at the expense of the lives of ordinary Ukrainians," he said.

Zelensky called Russia a "terrorist state" and asked the international community to intervene to stop Moscow's mass strikes against his people.

"The world should not be held hostage by one international terrorist," he added in the video address.

Ukrainian officials say that recent Russian attacks have damaged almost half of Ukraine's energy system and millions of people are without power as winter nears.

On October 4, President Zelensky emphasized the impossibility of talks with the Russian government.

Since the onset of the Russian offensive against Ukraine, the United States and its European allies have imposed unprecedented sanctions on Moscow.