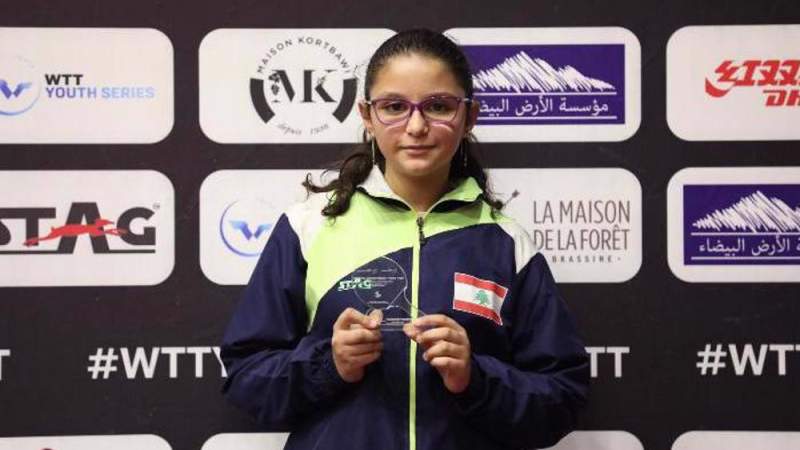 News - Middle East: A junior Lebanese table tennis player has withdrawn from the World Table Tennis (WTT) Youth Star Contender Vila Nova de Gaia 2022 tournament in Portugal to avoid facing an Israeli counterpart, in what has been seen as a new snub to the Tel Aviv regime following similar measures taken by a host of Muslim players from across the Muslim world.

According to the Palestinian news agency Quds News Network, 11-year-old athlete Bissan Chiri decided to pull out of the contests after she was told she was going to face Israeli player Elinor Davidov in a U15 Girls’ Singles match.

Earlier this month, Lebanese tennis player Mohamed Ataya quit the Cyprus International Championship so as not to face an Israeli opponent.

The Gaza-based Anti-Normalization Campaign welcomed the decision, saying that the athlete's withdrawal reflects the rejection of the great Lebanese nation, and all Arab peoples, to normalize with the occupying Israeli regime, and their fight against the crimes committed by Israel against the defenseless Palestinian people.

It commended the player, saying he joined a long list of honorable heroes who refuse normalization in response to the call to boycott the Tel Aviv regime.

Back in early September, Kuwaiti karate fighter Mohammad al-Otaibi withdrew from the 2022 Karate 1-Premier League contests in the Azerbaijani capital of Baku to avoid facing an Israeli contestant over his support for the Palestinian cause and refusal of normalization with the Tel Aviv regime.

Otaibi was set to participate in the male kumite 60-kilogram division of the international tournament. He, however, pulled out of the competitions as soon as he found out he was scheduled to take on Israeli competitor Ronen Gehtbarg.

In April, Kuwaiti fencer Mohamed al-Fadli withdrew from the World Fencing Championships held in Dubai, the United Arab Emirates (UAE), after he refused to play with an Israeli contestant.

Fadli also withdrew from an international tournament in the Dutch capital, Amsterdam, in September 2019, after the draw placed him in a group competing with an Israeli player.