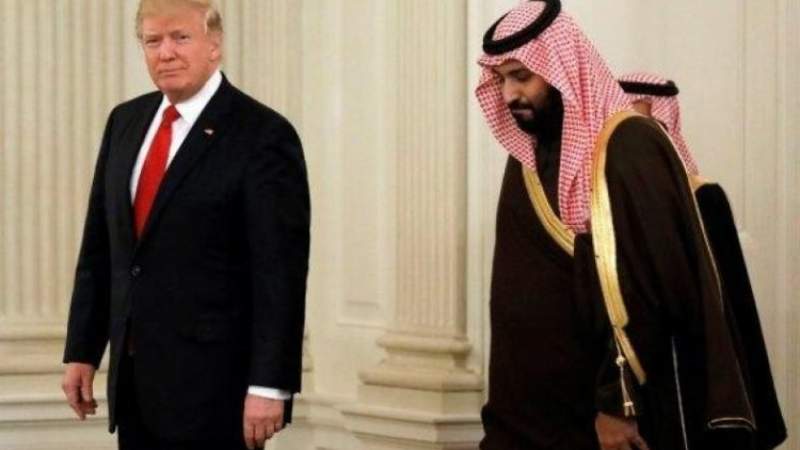 News - World: The American newspaper, Tucson Sentinel, said that former US President Donald Trump sympathizes with Saudi Crown Prince Mohammed bin Salman, because they are similar in many ways.

The newspaper stated in a report that Trump and Ibn Salman are linked to killing people, incompetence, mismanagement, and an abundance of lies with blood on their hands.

It showed that Trump was and still is making excuses for Ibn Salman's role in the brutal murder of Jamal Khashoggi.

The newspaper indicated that he hosts his own golf tournaments, and his son-in-law received $ 2 billion from Saudi Arabia.

Trump struck a new foreign deal and raised an old moral issue about conflicts of interest between politics and business, the newspaper reported.
The American Foreign Policy magazine said that Trump covered up the crimes of Mohammed bin Salman.

The magazine revealed in a report that Trump is now profiting by hosting the golf tournament as a sporting laundering for the Saudi tyrant.
It quoted the late journalist Jamal Khashoggi as saying that Ibn Salman wants to be a celebrity in the West and rule as a tyrant at home.

The economic magazine Forbes said that Trump is partnering with Saudi Arabia in the game of golf to challenge against the American PGA Golf League.

Forbes magazine mentioned that the league hosts among its famous stadiums around the world the LIV Golf Tour, which is supported by Riyadh.
It indicated that Trump could receive millions of dollars, as he considers it a huge economic gain.

As the PGA of America, the authority on American and international golf, has stated, the LIV Golf Tour with a Saudi background is “flawed.”
The CEO of the company confirmed that this tour, which is run by Saudi Arabia, is not good for the famous golf sport around the world.
It stated that bringing foreign money referring to Saudi Arabia into the game would change it forever, if that actually happened.