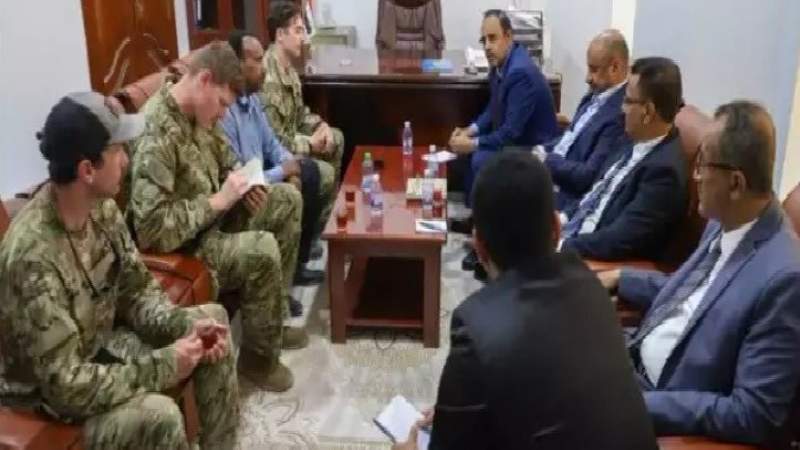 Yemen:  Amidst the remarkable American interest in the governorates of eastern Yemen, a new state of conflict was grown between the coalition forces over control of the oil-rich Hadramout valley and desert.

The valley and desert of Hadramout produce more than 300,000 barrels per day. It contains huge stocks and promising quantities of oil, enough from the point of view of observers to make the United States and the West salivate, in light of the fuel crisis the latter is suffering from, due to the Ukrainian-Russian war.

During the past three months, Hadhramaut governorate has been the focus of continuous visits by the US ambassador, Stephen Fagin, and the French ambassador, Jean-Marie Safa, in addition to other visits by US military delegations, in light of news of US intentions to establish a US military base in Hadramout.

The escalating American interest in the eastern regions of Yemen coincides with the escalation of the US naval forces' operations on the eastern coast of Yemen on the Arabian Sea. It reached the point of killing Yemeni fishermen by the US Navy off the coast of Al-Mahra at the end of last October.

Meanwhile, the people of Hadramout had circulated on social media in October 2021 pictures of foreign forces roaming the streets of the city of Mukalla.

Observers believe that the conflicts that erupted recently between the Islah party, and Saudi Arabia, which suddenly changed its hostile stances towards the Brotherhood, and the UAE and its loyal factions on the other hand, is a reflection of the American approach in Hadramout and Al-Mahra. It is a play in which Saudi Arabia and the UAE play the role of adversaries, leading to the separation of Hadhramaut and behind it Al-Mahra from Yemen, as part of a pragmatic policy that Washington uses to impose its agendas by force on the countries of the world.

With the growing media conflict between the Islah Party and Saudi Arabia on the one hand, and Abu Dhabi and its affiliated factions on the other, new calls emerged from the people of the province calling for the so-called “independence of Hadramout.” The first mover of these calls was Salah Batis, head of the Islah Party in Hadramout, and the head of the “Hadramawt Tribes Reference”, funded by Saudi Arabia, Abdullah Saleh Al Katheeri, before the “independence” claim moved to the political components that the UAE had fabricated in Hadramout.

It is strange that the call of the two parties raised the slogan of an independent Hadramout, in a way that raises suspicion. Abu Dhabi incited the “Hadhrami rebellion” to adopt the slogan “Secession of Hadramout” outside the secessionist calls, which the UAE supports through the words of its  Southern Transitional Council (STC), under the pretext of the “Arab South”.

The UAE prompted the factions loyal to the STC in Hadramawt to adopt hostile stances towards the STC with the aim of creating a confused scene in Hadhramaut through which the situation could be prepared to impose a new claim for secession. The pretext was the refusal to be subservient to this or that party and to go to an attempt to separate Hadhramaut in service of the agenda of imposing the American occupation in eastern Yemen and on the coasts and islands of Yemen in the Arabian Sea. It is a part of the American efforts to redeploy its forces in proportion to facing the economic challenges imposed by China, and in a way that threatens the decline of the American hegemonic empire.

The recent demands for the independence of oil-rich Hadramout have become an equation that has dimensions on the political and military scene in the southern governorates, breaking the STC euphoria. It aims to control the oil fields in Hadhramaut, after Shabwa Oil has become in the grip of the forces sent by Tariq Afash from the western coast, and subject to the governor, Awad Al-Wazir Al-Awlaki, the leader of the Congress Party after the overthrow of the Islah authorities at the beginning of this year. The remaining Islah militants were expelled after bloody confrontations in the city of Ataq during the first week of last August.

The US placed its oil interests through Saudi Arabia with options that hinder the ambition of the STC. It took control of the Hadramout Valley, through the leaders and political and tribal components loyal to Riyadh, so that Washington would guarantee its share of Hadramout oil in all cases. This is according to what those leaders promote, “If they wanted Yemen to be two regions, then Hadramawt would be a third region.” And if the secession project demanded by the STC is realized, then Hadhramaut has the elements of a “state”.