A Southern Yemeni Revolution Against US-Saudi Aggression Starts in Lahj 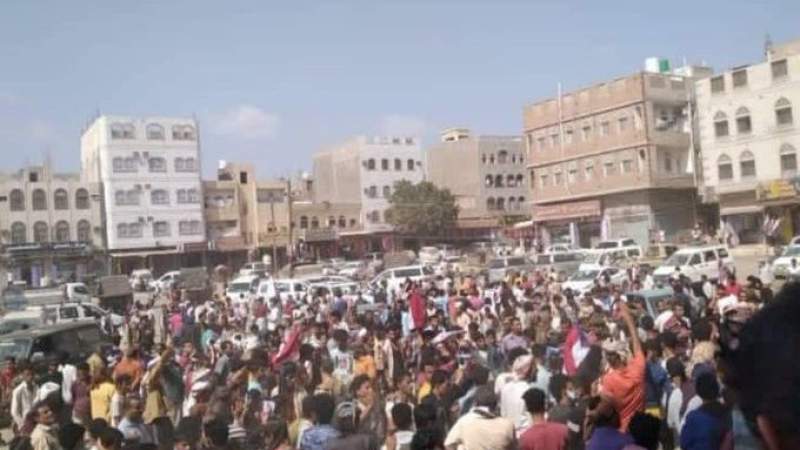 Yemen:   In Radfan, whose mountains sparked the first liberation revolution against British colonialism in the sixties of the last century, a renewed popular revolution movement led the anger against the UAE-backed “transitional”.

Before that the tribal areas in Yafea and Al-Sabiha witnessed in the middle of last December, a similar popular protests over the militias affiliated with the UAE.
On Thursday, the pace of violent confrontations increased between the "transitional" militia and protesters in the main center of the people of the Radfan and Yafa' tribes of Lahj governorate.
The deterioration of living conditions caused widening of the division among the ranks of the Emirati-backed "transitional" militia.
At a time when the UAE was preparing its militias on the western coast to control strategic areas in Lahj governorate, leading to Bab al-Mandab, the revolution of popular anger of the people of Radfan caused a state of confusion among the UAE-backed armed factions.

According to local sources, dozens of Emirati military vehicles were deployed, Thursday, in separate parts of the Habilain district in Lahj governorate, southern Yemen.

The sources stated that the "Transitional Council" militias deployed on board a number of armored vehicles and military personnel at the entrances and exits of the city of Habilain, the main city of the Radfan tribes, to prevent citizens from entering the city to support the angry popular demonstrations demanding the departure of the factions loyal to the coalition from the region.

The overwhelming popular anger in Radfan enters the stage of the most violent, after targeting the demonstrators directly by the UAE-backed “Transitional Council” militias, which seek to quell that revolution in the center of the Radfan tribes and all districts of Lahj.
Hundreds of Radfan tribesmen in Lahj governorate demanded an end to the crimes committed by the UAE-affiliated Southern Transitional militia against its sons.
The protesters threatened to spread their revolution to the governorates of Abyan, Al-Dhalea, and Aden.
The use of excessive violence by the STC militia against the peaceful protesters in Yafea led the protesters to storm the council's headquarters.
According to local sources, a number of demonstrators were injured during the first hours as a result of the "transitional" militia's use of violence.  At least13 civilians were injured, including 3 children, one of whom was no more than 7 years old, who was hit in the head as a result of being beaten with batons.
Source YPA translated by Almasirah English website
#Occupied Southern Governorates 23-01-14