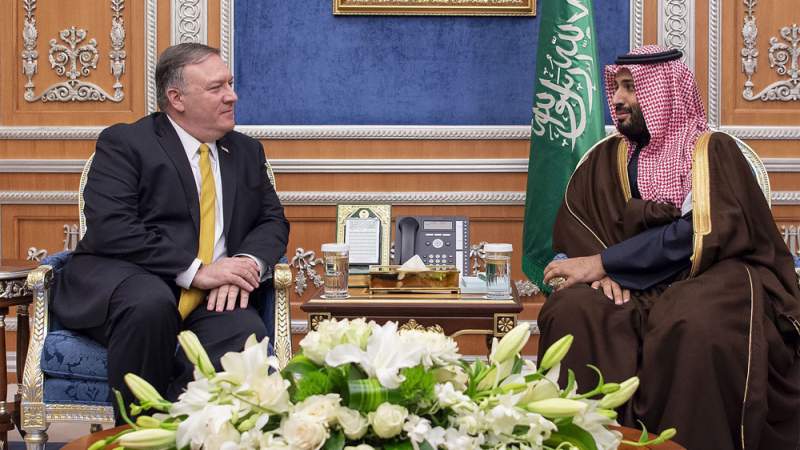 "Never Give an Inch" came out on Tuesday, witnessing Pompeo defending the 2018 murder as "all too routine," and saying it had come to him as no surprise.

Khashoggi, a former Washington Post journalist, who used to be critical of bin Salman, was lured into the kingdom's Consulate in Istanbul, where he was strangled and dismembered in October of that year.

Pompeo praised the quality of the Saudi-American ties after the grisly slaughter, noting how he was sent to the kingdom by former US president Donald Trump in a sign of a burgeoning relationship between Washington and Riyadh, days after the murder, and how this served to enrage the media.

"What really made the media madder than a vegan in a slaughterhouse was our relationship with Saudi Arabia," Pompeo wrote.

On Trump dispatching him, Pompeo wrote, "In some ways, I think the president was envious that I was the one who gave the middle finger to The Washington Post, The New York Times, and other bed-wetters who didn't have a grip on reality."

The remarks came, although, the CIA, which Pompeo used to run in the past, has found the Saudi crown prince culpable of ordering Khashoggi's murder.

Rather than referencing the accusations that face bin Salman, however, the former American top diplomat praised the royal as "one of the most important leaders of his time, a truly historic figure on the world stage."

Pompeo's comments were soon to draw heavy backlash, including from Khashoggi's fiancee, Hatice Cengiz, who said she was "horrified and upset."

"He has spoken with no respect and no humanity about a person murdered so brutally," she wrote on Twitter.

The Washington Post publisher and CEO Fred Ryan said it was "shocking and disappointing" to see Pompeo "so outrageously misrepresent" Khashoggi.

"Jamal dedicated himself to the values of free speech and a free press and held himself to the highest professional standards. For this devotion, he paid the ultimate price," Ryan said in a statement.