2000 Days of Security Victories in Face of US-Saudi Aggression 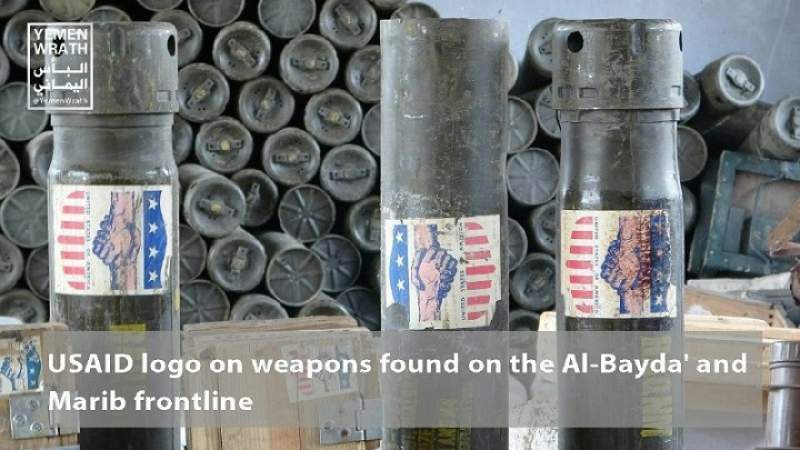 2000 days of the US-Saudi aggression on Yemen, and despite the systematic targeting of the Yemeni security establishment, the security services seem to be more determined in achieving achievements, imposing security, protecting civilians, defeating the takfiri groups.

2000 days of the US-Saudi aggression on Yemen, and despite the systematic targeting of the Yemeni security establishment, the security services seem to be more determined in achieving achievements, imposing security, protecting civilians, defeating the takfiri groups.

The aggression coalition, during over 2000 days, deliberately struck the Yemeni security establishment and targeted its facilities and cadres, while the security services achievements are more than what they were before the September 21, 2014 revolution. While the Army and the Popular Committees fight, defending Yemen and sovereignty, the security services fight against tools that are no less lethal and criminal than the aggression.

The spokesman for the Ministry of Interior, Brigadier General Abdul Khaleq Al-Ajri, has revealed, in a statement, the achievements of the security services and their role in thwarting the plans of the aggression and mercenaries in targeting internal security and peace over 2000 days of the brutal US-Saudi aggression on Yemen.

Brigadier General Al-Ajri confirmed that the security services thwarted 41 suicide attacks for Al-Qaeda and Daesh, and arrested 2537 individuals of them that follow the aggression, and thwarted 302 plans of aggression to target security and stability. And defuse 1483 explosive devices that were planted by Al-Qaeda and Daesh in roads, markets and in front of schools and public facilities, Al-Ajri also revealed that they carried out 668 operations in which weapons were seized from individuals of the aggression. And the question here is what if the devices had not thwarted those criminal acts whose victims would undoubtedly have been many times more than victims of the direct aggression airstrikes.

For combating crimes, the Ministry of Interior spokesman explained that 342 cases of currency counterfeiting were seized since the beginning of the aggression, 6015 operations were carried out to return stolen goods to their owners, and 64,204 criminal cases were seized.

Security achievements come while Yemen suffer exceptional circumstances amid the aggression, siege, and non-payment of salaries. Nevertheless, the security situation is not comparable to what it was before September 2014. After the September 21 revolution is very different from what happened in the era of foreign tutelage, where the criminal individuals were financed from the regime itself, "according to a previous statement of the Ministry of the Interior.

This is supported by numbers of previous statistics of the Yemeni Interior Ministry which indicated that before 2011, the number of assassinations and enforced disappearances amounted to more than 7 thousand operations, according to previous statistics.

These security imbalances have happened while Yemen was stable, and a partner with US in what is called fighting against terrorism, which made the presence of US forces suspicious. US forces kept arriving to the capital and other governorates under the pretext of fighting "terrorism". on September 21 Revolution, these forces were expelled from the capital, Sana'a. And recently, weapons that are belonged to al-Qaeda and Daesh groups were found having USAID aid logo in al-Baidha.

Moving to the areas under the control of the occupiers in the southern and eastern governorates, we find that there are statistics that are issued from time to time. These statistics are not for security achievements, but for the number of victims, assassinations, explosions, sabotage, and crimes that were recorded against unknown and about armed clashes between the forces of the aggression amid the spread of takfiri groups. And we find media reports talk about secret detention centers, and security chaos in light of the spread of dozens of armed groups of various names.

What is happening in the occupied governorates reveals the reality of the invaders ’project in Yemen. The aggression is constantly seeking to target the life and security of the Yemeni citizen and spread chaos and crime in all governorates, by supporting takfiri groups, criminal gangs, and forming armed groups to achieve this goal.