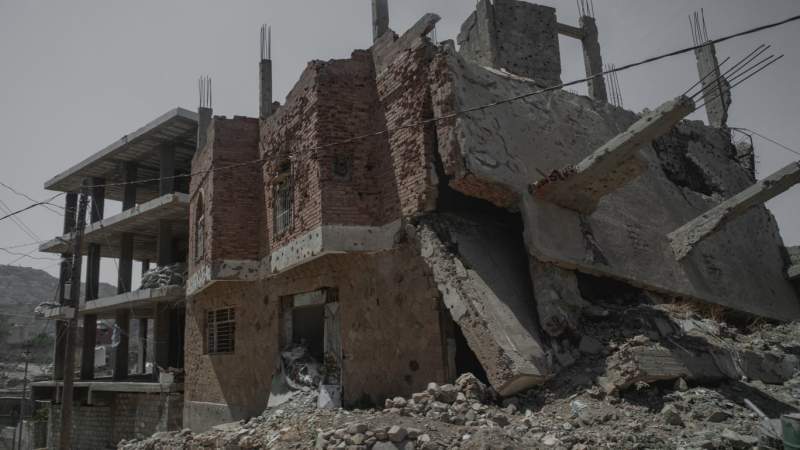 Yemen: To mark the sixth anniversary of the crisis, Save the Children are releasing portraits of children caught up in the grisly conflict

The set of images, captured by photographer Anna Pantelia, tell the stories of loss and sadness, but also children’s resilience and determination to rebuild their lives. Accompanying each portrait is a description of the trauma of losing loved ones, physical injuries from explosives and having to flee their homes because of the fighting.

Violence and bloodshed remain an almost daily occurrence in the country; over the past three years, almost one in four casualties in the conflict were children. Between 2018 and 2020, there were 2,341 confirmed child casualties, though the actual number is likely to be much higher.

In addition, the conflict is getting deadlier for children. In 2018, one in five civilian casualties were children, but in 2019 and 2020, that jumped to one in four. It’s a stark reminder that children and families are paying the heaviest price for this brutal war through no fault of their own.

The series comes as the UK government plans to cut aid to the country by nearly 60 per cent, which could have devastating consequences for millions of children who rely on this support to survive.

Kevin Watkins, CEO of Save the Children UK, said: “Without urgent action, the humanitarian situation, already the worst in the world, is set to deteriorate further with the very real risk of famine, mass civilian casualties, and total collapse of basic services.

“The UK must use its position at the UN Security Council to bring the warring parties around the negotiating table, secure an immediate ceasefire and urgently reverse its decision to cut lifesaving aid to vulnerable children who need our help.”

1- Bushra is a 15 year-old girl from Hodeida. She was born with a deformation in her legs and can’t walk. She has been living with her mother’s family since her father died in 2013. When the war started, an airstrike hit her school while she and her classmates were inside. The school got damaged as warplanes flew above her neighbours’ house. Armed forces became more and more present in the area, which made her feel scared. All schools in Hodeida stopped operating due to the increase in airstrikes, leaving children like Bushra out of education. Bushra’s mother took the decision to take her to Sanaa in order to see if there was any chance to have her legs operated and to continue her education. But the fighting escalated in Sanaa so they had to flee south to Lahj. The family now live in a makeshift shelter in a displacement camp. Bushra* likes to sing and draw while attending classes in the temporary learning space of Save the Children in the camp. She hopes to become a famous painter one day.

2- Omar and his family of five used to live in Taiz but when the war started, they decided to move to another part of the city as it was (then) safer. Their school was bombed and Omar’s father, Hasib, didn’t feel safe anymore. After they relocated Omar, Mahmoud and their sister continued their education. On February 20, 2021, Omar(8) and Mahmoud (13) were on their way home after shopping in the local market when an artillery shell hit their neighbourhood. The two boys were immediately transferred to the hospital. Mahmoud was pronounced dead by the time he arrived to the hospital and Omar was suffering from double fracture in one of this legs and loss of muscle in the other leg. Omar was operated on in one of the hospitals in Taiz with the support of Save the Children. According to Omar’s doctor, he will fully recover and will be able to walk within the next six weeks. Omar wishes he could still play with his late brother, and the emotional toll of losing his sibling and sustaining these injuries will likely endure long after the wounds have healed.

3- Sadam is 14 years old and he is from Al Mokha, a port city on the Red Sea. He used to have a good life before the war. He was going to school and used to play with his friends in the street. When the war started, everything changed. Sadam’s father was killed before his eyes in an airstrike. Sadam’s leg was injured. He was taken to hospital but the damage to his leg was so severe that after the operation he was not able to walk on his own. His mother took Sadam and his sister and fled. They stayed in another area for one and a half years before they eventually moved into a displacement camp in Lahj. Sadam, his mother and his sister are now staying in a makeshift shelter. When they first arrived, he had to help his mother so he decided to start working with his friends in the local market, selling fruits and vegetables. Sadam didn’t make full recovery from the traumatic events. As his mental health situation was not stabilising, Save the Children provided him with mental health support. He had another surgery in his leg and is now recovering. Sadam’s hope for the future is for Yemen to go back to how it was before the war. He wants to be a doctor so he can help other people.

4- Falak is 16 years old and she is taking part in the vocational trainings of Save the Children in Taiz. When she was 4 months-old, her parents were divorced, leaving her with her grandparents. She was going to school until the 9th grade when she had to drop out due to financial problems. Unable to make ends meet, Falak and her grandparents had to depend on food assistance from charities. One day, Falak met one of Save the Children’s employees who suggested to her to register for the vocational trainings of the organisation. She decided to register in the sewing class. Soon after, she started working as seamstress and was able to pay for the house that she rented with her grandparents and cover all living expenses. Her father, having become unemployed for some time, moved in with them, bringing along his new family. Falak now feels proud to be able to support her whole family and she hopes that in the future her financial situation will be stable enough so her family won’t have to depend on anyone else.

5- Hosam, 16 years old, and Hussein*, 17 years old, are two brothers from Taiz governorate. They were displaced by the war multiple times, having witnessed their neighbours’ death inside their house after a bomb explosion. Their school was also bombed and there was no other school nearby. The family of five were displaced into a camp for displaced and marginalised people. Since the beginning of the war in 2015, the two brothers haven’t been to school and they didn’t know how to read and write. Hosam, with the help of Save the Children, is now studying in a public school while Hussein is registered for the next round of Save the Children’s vocational training in his area. In the camp, the family rented a house but the owner raised the rent after some time and they were not able to afford paying the rent anymore so they decided to build a tent and stay there. After six months of staying in the tent their father left. The boys never saw the father again. Since they stopped going to school, Hosam and Hussein, were working with their father who was repaired cars and motorbikes. Due to the nature of the job they both suffered from hernias and couldn’t continue working in this job. Then they started working in the fields for 2.000 YER (2.2 USD) in total (for both) per day. Save the Children provided cash assistance so they can have hernia operations.

6- Musa is 15 years old and he lives in Taiz with his parents and five brothers. When he was 10, he got injured in a shelling incident. He was on the way back home from the marker when artillery shell hit his neighbourhood. He fell on the ground unconscious. When he opened his eyes he managed to ask for help and some young men took him to the hospital. After he was discharged the family fled to Huban and later to Sanaa. Musa stayed out of education for four years as his school diplomas were left behind.
When the fighting de-escalated in his neighbourhood, Musa’s family decided to go back. Musa continued his education and was referred to the vocational trainings of Save the Children. He now studies programming and IT and is hoping that in the future he will settle down, buy a house and get married. He is not afraid of the war anymore as it became part of his life.