US Supplied Bomb That Killed 40 Children on Yemen School Bus 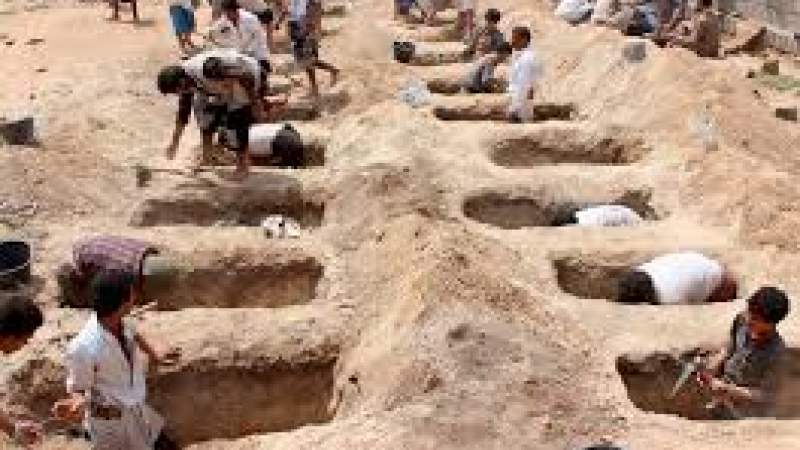 Yemen - A Story In Picture: The bomb dropped on a school bus in Yemen by a Saudi-led coalition warplane was sold to Riyadh by the US, according to reports based on analysis of the debris.

The 9 August attack killed 40 boys aged from six to 11 who were being taken on a school trip. Eleven adults also died. Local authorities said that 79 people were wounded, 56 of them children. CNN reported that the weapon used was a 227kg laser-guided bomb made by Lockheed Martin, one of many thousands sold to Saudi Arabia as part of billions of dollars of weapons exports.

Saudi Arabia is the biggest single customer for both the US and UK arms industries. The US also supports the coalition with refuelling and intelligence.

The investigative journalism site Bellingcat identified bomb fragments, on photographs and videos taken soon after the bombing, as coming from a laser-guided version of a Mk-82 bomb called a GBU-12 Paveway II. Based on marking on a fin segment of the bomb, Bellingcat traced the bomb to a shipment of a thousand of such bombs to Saudi Arabia, approved by the state department in 2015, during the Obama administration.

A spokesperson for Lockheed Martin referred questions about the bombing to the Pentagon. The defence department has said it does not make tactical targeting decision for the Saudi-led coalition but does provide support to improve targeting.

“I will tell you that we do help them plan what we call, kind of targeting,” the defense secretary, James Mattis, said. “We do not do dynamic targeting for them.”

The Bellingcat report cautioned that the bomb fragments had not been photographed where they had fallen, but had been gathered together, leaving open the possibility that they had been planted. CNN said it had worked with Yemeni journalists and munitions experts on its own identification of the bomb.

The Obama administration offered Saudi Arabia more than $115bn in weapons in the course of its two four-year terms, more than any previous US administration, according to a report in 2016.

According to the most recent report by the UN high commission for human rights, there have been 17,062 civilian casualties since 2015, including 6,592 dead and 10,470 injured.

“The majority of these casualties – 10,471 – were as a result of airstrikes carried out by the Saudi-led coalition,” the report said.