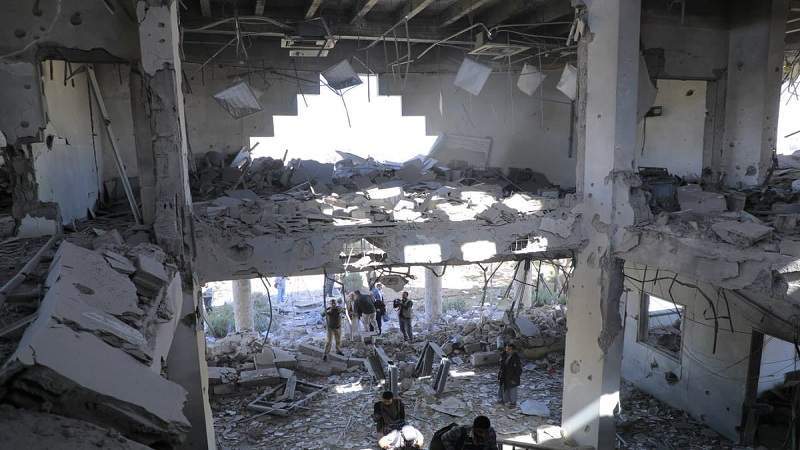 News - Yemen: US-Saudi aggression targeted again, on Monday, the building of the Yemeni Company for International Teleommunications which led to its complete destruction.

The raids also caused severe damage to the building adjacent to the targeted building. On January 21, US-Saudi airstrikes targeted the Telecommunications Office in Hodeidah with several raids, which led to the interruption of internet and international teleommunication in Yemen for several days. Then it was restored with local efforts.

The US-Saudi aggression threatened to target the headquarters of the Yemeni government in a continuation of the recent wave of escalation that mainly affected Yemeni cities and left, according to the Yemeni Ministry of Health, about 500 civilians martyred and wounded.