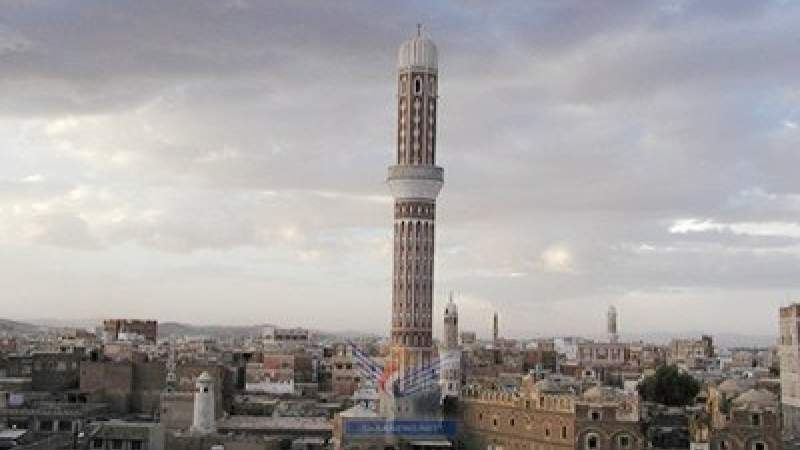 News - Yemen: The Ministry of Human Rights and the Yemen Petroleum Company, YPC, organized the 800th protest to denounce the acts of piracy on fuel ships by the Saudi-led aggression coalition.

During the protest, a press conference was held to review the catastrophic humanitarian situation resulting from the continuation of the siege, and the detention of fuel ships by the US-Saudi-Emirati aggression.

The Minister of Fisheries, Mohammed Al-Zubayri, and Electricity and Energy, Ahmed Al-Ali, affirmed that "the UN is ignoring and condoning the violations and crimes that are happening in Yemen. UN encourages the countries of aggression to continue committing more crimes against the Yemeni people."

They pointed out that the losses and damages suffered by service institutions as a result of the siege and the continued detention of fuel ships led to a humanitarian catastrophe that affected the citizens' lives.

Al-Zubayri and Al-Ali called on the UN and international organizations to carry out their humanitarian duty towards the violations and crimes against humanity that are taking place in Yemen by the US-Saudi aggression.

The Acting Minister of Human Rights, Ali Al-Dailami, stressed the absence of international standards and justice by the international community and the UN, have used double standards since the first day of the US-Saudi aggression against Yemen.

He urged the United Nations to play its role and make efforts to alleviate the suffering and human tragedy that the Yemeni people have been going through since seven years of aggression and siege.

He pointed out that preventing the entry of fuel ships led to a disaster and an increase in the suffering of civilians in various fields, and complete paralysis in various sectors.

A statement issued by the protest condemned the continuing shameful international silence towards the crimes committed by the US-Saudi aggression by bombing, and the tightening of the siege on all the necessities of life in Yemen.

It held the Saudi-led aggression responsible for the continuation of crimes and inhumane practices against the Yemeni people and for the further tightening of the siege on fuel and basic and necessary goods.

The statement demanded the lifting of the siege, the opening of the port of Hodeidah and the release of the ships of oil, food and pharmaceutical fuel.