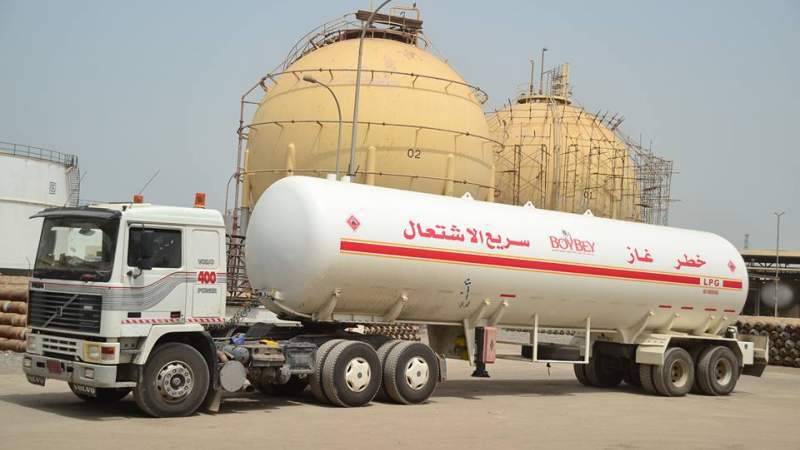 Yemen:  A new investigation by Al-Masirah within the series "Wealth Before the Revolution: Gas the Wasted Energy" monitored the results of the request of the Yemen Liquefied Natural Gas Company, the government contribution to which is 21.73%, approving three agreements for the sale and purchase of liquefied natural gas.

The investigation indicated that gas sales and purchase contracts were concluded with France's Total and Suez and Korea's Kogas for a period of 20 years, at an annual rate of 6.7 million tons of gas, the ratio of which varies from one company to another.

"The purchase and sale contracts were marred by imbalances at the level of the term of each agreement, the volume of quantities, delivery terms and selling prices,"  Ahmed Daris, Minister of Oil and Minerals, indicated to Al-Masirah.

The minister pointed out that the gas sales prices in the two contracts of the French companies, GDF Suez and Total, were just incomplete calculation equations and did not include values ​​and ratios to calculate the price.

He explained that the imbalances in the sales contracts led to the sale of every million thermal units with two dollars in the upper limit and one dollar in the minimum for the two French companies, and at three dollars and 15 cents for the Korean Kogas.

“The prices of selling gas to the three companies were unfair,” the Minister of Oil stressed. "It is remarkable that the contract of sale to Kogas stipulates that prices should be adjusted every five years, unlike the two French companies' contracts."

For his part, the former Director General of Preparation and Planning for Government Meetings Mohammad Al-Shamiri indicated that in 2005 the government formed a joint committee to review gas sales and purchase contracts with three companies and prepare detailed reports on the gas project.

“Within a week, the committee presented its results to the government, and after discussing it, the council voted to approve gas sales and purchase contracts unanimously by all those present,” Al-Shamiri pointed out.

He considered that gas sales contracts at low prices, and in light of the various institutions concerned turning a blind eye to them, means that the presidential directives pushed towards their acceptance.

In turn, the Undersecretary of the Central Organization for Control and Accountability Dr. Faisal Al-Baadani indicated that the government formed a pro forma committee that lacked specialists and experts in the field of the energy market.

"It was remarkable that the sales contracts violated the export of Yemeni gas to Europe as a main market for a new destination, the US, which contributed to reducing selling prices," Al-Badani said.

He added that when it was agreed to transfer some shipments from the American market, it was stipulated that the profits be shared between the seller, "the investing company" and the buyer, "Total and Suez."

The Undersecretary of the Central Agency for Control and Accountability stressed that gas buying and selling contracts deepened Yemen's loss and completed the scheme to acquire this sovereign wealth by foreign companies.

The Supreme Economic Committee confirmed that Yemen reserves its legal right to deal with all the looting of Yemeni wealth, which was carefully monitored during the past periods.

Meanwhile, Yemeni Armed Forces on Saturday warned the US-Saudi aggression and foreign companies of continuing looting the wealth of the Yemeni people.

Last week, the Leader of the Revolution Sayyed Abdulmalik Al-Houthi warned the Saudi-led aggression against continuing to plunder the Yemeni national wealth, warning, at the same time, foreign companies that collude with the coalition in plundering the country's wealth.

Sayyed Abdulmalik made the remarks in a speech broadcast live from the Yemeni capital of Sana’a to commemorate the eighth anniversary of the September 21 revolution against a Saudi-backed regime in the country and its removal from power.

The Leader pointed out that the Yemeni people are under siege while the revenues of their oil wealth are stolen instead of spending them on salaries and humanitarian and service benefits.