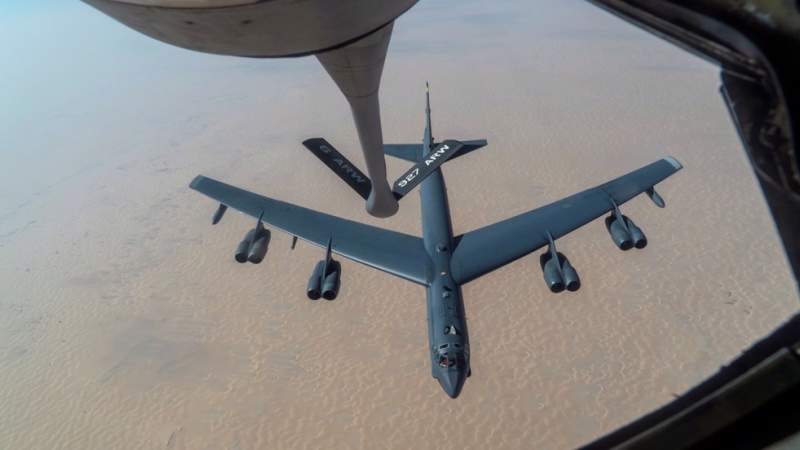 News - World: The United States is planning to deploy six nuclear-capable B-52 bombers to an air base in northern Australia as tensions with Beijing rise.

Australian air force's remote Tindal base, about 300 km (190 miles) south of Darwin, the capital of Australia's Northern territory, is set to host the US bombers.

Prime Minister Anthony Albanese said Australia engages with the United States on defence alliances "from time to time," noting that, "There are visits, of course, to Australia, including in Darwin, that has US Marines, of course, on a rotating basis stationed there."

Thousands of US Marines rotate through the territory annually for training and joint exercises, started under President Barack Obama.

An Australian media report said the ability to deploy the long-range bombers to Australia sends a strong message to adversaries about Washington's ability to project air power.

The United States also clinched a security deal with Australia and Britain last year that will provide Australia with the technology to deploy nuclear-powered submarines.

Putting B-52s, which have a combat range of about 14,000 km, in Australia will be a warning to Beijing amid US-China tensions over Taiwan.

This year, the US deployed four B-52s to its Andersen Air Force base in Guam.

China has sovereignty over Taiwan, and under the internationally-recognized “one-China” policy, nearly all countries recognize that sovereignty, meaning that they would not establish diplomatic contact with its secessionist government.

The US, too, professes adherence to the principle, but in violation of its own stated policy and in an attempt to irritate Beijing, Washington courts the secessionist government in Taiwan, supports its anti-China stance, and supplies it with massive amounts of armaments.

Since 2017, the US has approved more than $20 billion in weapons sales to Taiwan.

“The United States is looking at all options to ensure the rapid transfer of defensive capabilities to Taiwan,” Reuters quoted a US State Department spokesperson as saying.

“The United States’ swift provision of Taiwan defensive weaponry and sustainment via Foreign Military Sale and Direct Commercial Sale is essential for Taiwan’s security and we will continue to work with industry to support that goal,” the spokesperson added.

The US has for decades sold weapons to Taiwan, despite repeated warnings from Beijing, but a new Senate legislation, known as the Taiwan Policy Act of 2022, will go further by providing US security assistance of $4.5 billion over four years. The legislation also recommends sanctions on China if it uses force to try to take over the island militarily.