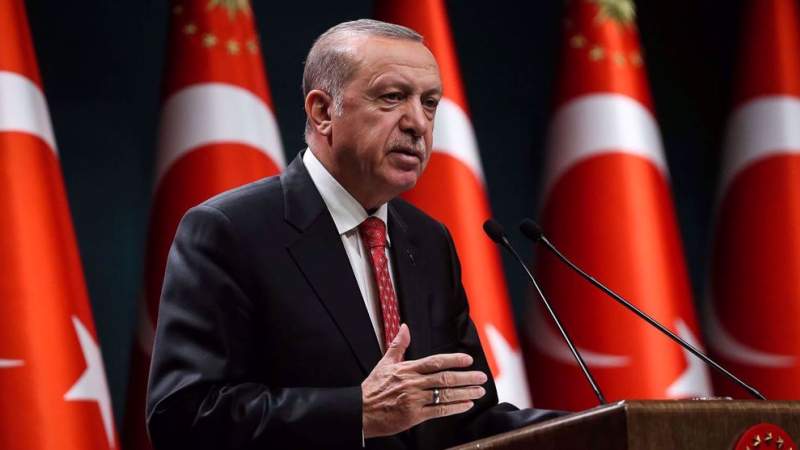 News - World: Turkish President Recep Tayyip Erdogan says Ankara will not remain silent against terrorism, threatening a ground operation in northern Iraq and northern Syria to eliminate what he claimed to be “terrorist threats.”

Erdogan made the remarks on Monday, a day after the Turkish military carried out airstrikes against Kurdish-led militant bases in northern Syria and Iraq over a deadly bomb attack in Istanbul last weekend.

"First of all, this operation in northern Iraq and northern Syria is not an operation that was carried out with random thoughts by saying who would say what? Or how would that happen?” the Turkish president said, adding, "As we've said before if someone disturbs our country and lands, we will make them pay the price. So, there are terrorist organizations in our south that are planning many attacks or that carry out such attacks and pose a threat to Turkey.”

“There is no question that this operation be limited to only an aerial operation,” Erdogan stressed, adding that the relevant units will do their consultations and take steps accordingly.

Turkish forces launched early on Sunday Operation Claw-Sword, a cross-border aerial campaign against bases of the Kurdistan Workers’ Party (PKK) militant group and the Syrian Kurdish People's Protection Units (YPG) militants, which Turkey considers a terrorist organization and a wing of the PKK. The PKK has been seeking an autonomous Kurdish region in Turkey since 1984.

Ankara had blamed Kurdish militants for the blast on Istanbul's Istiklal Avenue on November 13, which killed six people and injured more than 80 people. No group has claimed responsibility for the blast and both the PKK and the YPG have denied involvement in it.

Pointing to the 2018 Sochi agreement between Turkey and Russia to remove PKK and YPG militants from northeastern Syria, Erdogan said, “They had the responsibility to clear the terrorists from the area. Unfortunately, even though we reminded them many times over and over, they did not do this.”

Turkey has deployed forces in Syria in violation of the Arab country's sovereignty and territorial integrity.

Ankara-backed militants were deployed to northeastern Syria in October 2019 after Turkish military forces launched a long-threatened cross-border invasion in a declared attempt to push YPG fighters away from border areas.

Syrian President Bashar al-Assad and other senior officials have said Damascus will respond through all legitimate means available to Turkey's ongoing ground offensive.

Three killed in Turkey after rockets fired from Syria

Erdogan’s comments came as a strike from the Syrian territory killed at least three people, including a child, in a border Turkish town on Monday.

Turkey’s Interior Minister Suleyman Soylu said the fatalities took place after five rockets hit the Turkish district of Karkamis, near the Syrian border, with one of them hitting a school.