Why does the West Condemn Yemens' Drone Strikes to Prevent Stealing Country's Oil? 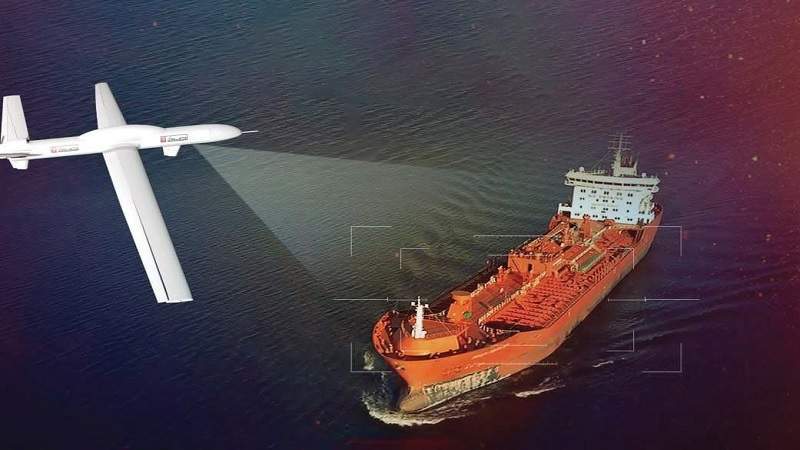 Yemen:   The Saudi-UAE occupation of the energy-rich governorates constituted a cover for a new phase of wasting wealth and sponsoring forms of corruption and organized looting of Yemen's capabilities, the most important of which is the oil wealth.

Yemeni waters were banned to the companies transporting Yemeni crude, and the companies participating in the production and the operator were forced to stop the production operations and ending the stage of unilateral agreements.
Despite the official statements and correspondences from the Higher Economic Committee and the repeated political statements, the relevant companies ignored them, until the verbal threat turned into an operational step within the framework of the warning. It seemed to the looters that what they thought was part of the negotiation pressures was not the case as threats changed to warning strikes.
On the other hand, the condemning and surprising reactions did not stop against the Yemeni people who imposed a protection umbrella that guarantees a sovereign right that must be directed to paying salaries, and public services.
The main condemnations were issued by the US, UK, France, why? What is behind Western resentment? And why are they annoyed with the achievement of protecting the Yemeni wealth and stopping its plundering?
This achievement in protecting wealth constitutes a shift in the balance of power and carries a harsh message to the US and its European dependent countries. The cessation of oil production and its export is an example of what the situation could be in the Kingdom of Saudi Arabia, in light of the continued blockade of the flow of fuel and cargo ships towards the ports of Hodeidah.
All the development of the repercussions and impact of that impose a reaction that suits them and will surprise the US-Saudi aggressors in one of the most important energy production centers in the world at a stage that does not tolerate any decline in its supplies and an escalation in its prices.
This US-western fear was accompanied by evidence expressed, albeit indirectly, most notably what was reported by reports about the possibility of Iran directing an indirect strike on Saudi Arabia, and what the American Politico website quoted from a Pentagon official, “It is possible that Iran is planning attacks on the oil infrastructure in Saudi Arabia.”
Iran here means Yemen! The Americans have always considered every Yemeni operation in the face of the US-Saudi aggression and siege an Iranian operation!
The equation and its implementation deprives the energy market of three million two hundred thousand barrels per month of crude oil - according to new documents obtained by Almasirah. Although it is not that much, but in one way or another means an added demand rate in the international arena amidst the crowd of panting Western – American – to calm oil prices.
What troubles the US and its western allies from these operations is their reflection on the arrangements of their forces in the occupied governorates of Marib, Shabwa and Hadramout. Hadramout has become a base for American forces and Shabwa for the Emirati, and it is also a center for liquefaction and the export of gas. As for Marib, it is the source area for this vital commodity, which the French thought would mitigate the cold of winter.
Written by Abdulhameed AlGorbani translated by Almasirah English website
#US_Saudi_Aggression #US-Saudi Looting of Oil 22-11-23