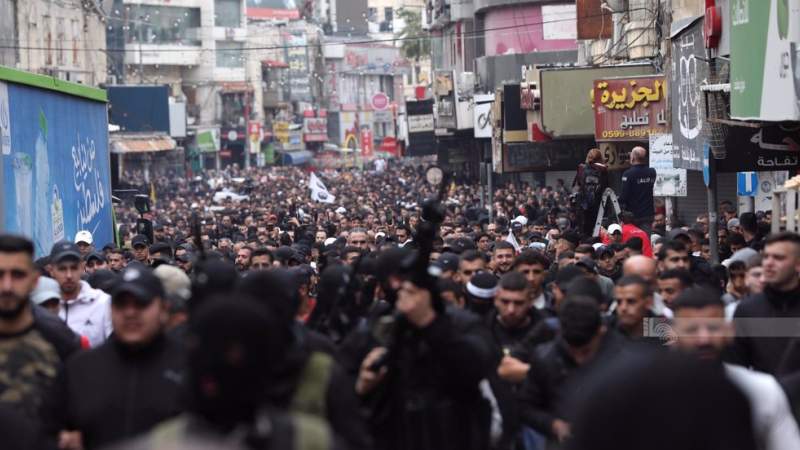 News - Middle East: The Islamic Jihad resistance movement has reacted to the death of two Palestinian youths who succumbed to their wounds after they were shot by the Israeli forces in separate incidents in the occupied West Bank city of Nablus, stating that the blood of Palestinian martyrs further cements resistance fighter’s resolve to liberate the occupied lands.

“The pure blood of our martyrs, which is shed in defense of our land and sanctities, will ensure the final victory that is worthy of our people's sacrifices, and fortifies the determination of resistance fighters to continue their revolution until liberation [of the occupied territories],” the Gaza-based movement said in a statement.

The statement added, “Resistance fighters will not allow the crimes of the Zionist regime and desecration of our holy sites to go unanswered. They will continue to make sacrifices. Resistance fighters will continue to deal blows to the enemy and undermine its security apparatus. We want to bolster the steadfastness of our people until the occupation of our land comes to an end.”

The Islamic Jihad movement finally extended its sincere condolences over the death of the two young Palestinians to their families and the entire Palestinian nation.

Mohammad Abu Kishek was pronounced dead by the Palestinian Ministry of Health on Wednesday night, less than 24 hours after the 22-year-old was shot in the stomach by Israeli forces during a raid on Tuesday night.

Mohammad Hirzallah, a 30-year-old fighter with the resistance group Lions’ Den, succumbed to wounds he sustained after being shot by the Israeli army in the head in July, while engaging in a confrontation with Israeli forces in Nablus.

Hirzallah was fighting alongside two high-profile leaders of the Lions’ Den, when he sustained gunshot wounds.

On Thursday morning, thousands of Palestinians turned out for the funeral procession of Abu Kishek and Hirzallah in Nablus. Dozens of resistance  fighters were present, shooting live ammunition into the air in a demonstration of anger and mourning.

“There is rage and sadness … There was an evident presence of armed men, from the Lions’ Den and other armed groups,” local journalist Mohammad Muna, who attended the funerals, said.

Israeli forces have recently been conducting overnight raids and killings in the northern occupied West Bank, mainly in the cities of Jenin and Nablus, where new groups of Palestinian resistance fighters have been formed.

Since the start of 2022, Israeli troops have killed more than 200 Palestinians, including more than 50 children, in the occupied West Bank and East al-Quds as well as the besieged Gaza Strip.

According to the United Nations, the number of Palestinians killed by Israel in the occupied West Bank this year is the highest in 16 years.

Local and international rights groups have condemned Israel’s excessive use of force and “shoot-to-kill policy” against Palestinians.