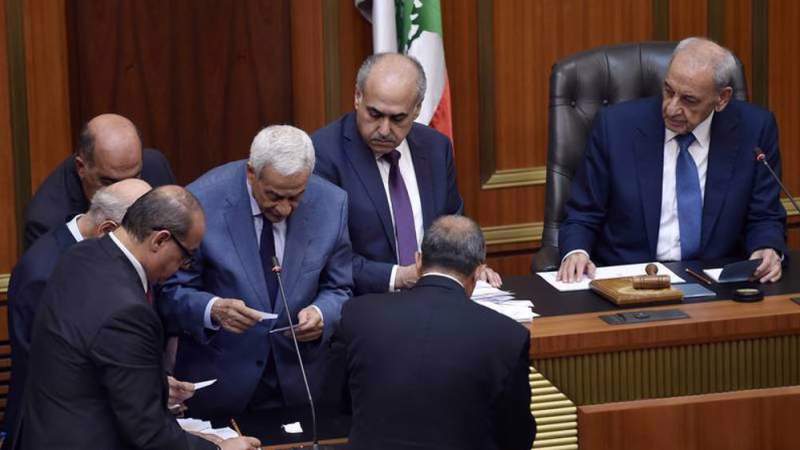 News - Middle East: Lebanese lawmakers have failed to elect the country’s next president for a seventh time, nearly a month after the previous head of state Michel Aoun left the Baabda Palace.

Christian MP and presidential hopeful Michel Moawad, who is seen as close to Washington, was the front runner with 42 votes in Thursday’s session. He, however, fell short of the two-thirds majority or 86 votes needed to win. The fraction of the vote in the 128-seat parliament is needed for a candidate to win in the first round, with an absolute majority required in subsequent rounds.

Parliamentary Speaker Nabih Berri said the legislative body will convene for an eighth attempt to elect a new president on December 1.

Moawad’s candidacy is opposed by Lebanon’s resistance movement Hezbollah, with its secretary-general Sayyed Hassan Nasrallah calling earlier this month for a president ready to work against the United States.

There have been delays in electing previous Lebanese presidents. Aoun’s own election in 2016 followed a more than two-year vacancy at the presidential palace as lawmakers made 45 failed attempts before reaching a consensus on his candidacy.

The country has also had only a caretaker government since May.

The governance vacuum continues as Lebanon grapples with a devastating economic crisis that the World Bank has dubbed one of the worst in recent history amid crippling sanctions by the US and its allies. In a statement on Wednesday, the bank warned against deepening economic crisis.

"An unprecedented institutional vacuum will likely further delay any agreement on crisis resolution and critical reform ratification, deepening the woes of the Lebanese people," it said. "Lebanon's total contraction of 37.3 percent in real GDP since 2018 – among the worst the world has seen – has already wiped out 15 years of economic growth and is scarring the country's potential for recovery."

The Lebanese pound has lost more than 95 percent of its value on the black market since 2019.

According to the United Nations, the ongoing financial crisis in Lebanon has caused poverty rates to reach more than 80 percent of the population, and food prices have risen by 2,000 percent.

Creditors under the US influence such as the International Monetary Fund (IMF) have conditioned the release of billions of dollars in emergency loans to specific reforms which many observers say would make the country dependent on the West.