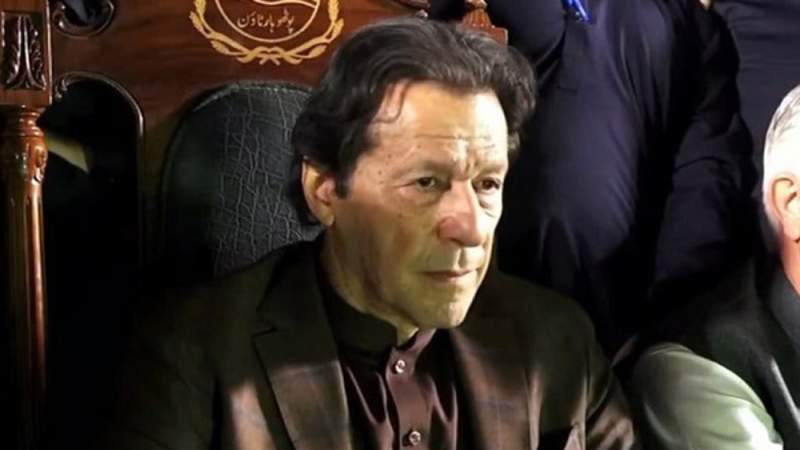 News - World: Former Pakistani Prime Minister Imran Khan has vowed to keep up his struggle to return to the country's political sphere while delivering his first public speech since being shot in an assassination attempt earlier this month.

"I'm more worried about the freedom of Pakistan than my life," he told a rally in the city of Rawalpindi that neighbors the capital Islamabad on Saturday, adding "I will fight for this country until my last drop of blood."

The rally marked the high point of a "long march" that Khan's Pakistan Tehreek-e-Insaf (PTI) party has organized in support of its call for a snap election before the parliament's term expires in October next year.

Khan was voted into power in 2018 on the promise of fighting corruption, and remedying the country's economic woes.

Last month, Pakistan's election commission disqualified him from holding public office for five years on alleged charges of unlawfully selling government gifts he had received from foreign dignitaries and concealing his assets.

"I have seen death from up close," Khan also told the Saturday rally, which was his first public appearance since the attempt on his life in the northeastern city of Wazirabad earlier in November.

Khan has been holding countrywide protests to push the government for early elections ever since being ousted from power. The protests were to culminate in a march to Islamabad, but Khan said on Saturday that he was calling off the protest march toward Islamabad, because he feared it would cause havoc in the country.

"I have decided not to go to Islamabad because I know there will be destruction and the loss will be to the country," Khan said.

The attempt saw a gunman opening fire from close range as Khan's open-top container truck made its way through a crowded street.

The government, however, denies the accusation, saying the attempt against Khan's life was the work of a lone wolf who is now in custody.

Saturday's rally took place two days after the government named a former spymaster as the next military chief.

General Syed Asim Munir's had served as chief of the Inter-Services Intelligence (ISI) agency under Khan, but his stint ended after just eight months following a reported falling out.
Source: Press TV